Brickbat: Land of the Free 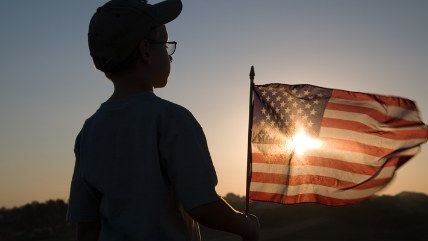 Officials with South Carolina's Travelers Rest High School barred the American flag from being brought into a football game with Berea High School and confiscated at least one flag from a student. They said it was because in the past the flag had been used to taunt Berea's Hispanic students. But after local and national media picked up the story and after some students protested the following Monday, Principal Lou Lavely said that in the future American flags will be allowed into all events and any taunting or misuse of the flag will be dealt with on an individual basis.