Black Students at California State Wanted Segregated Housing. They Got It.

Do such arrangements detract from the educational mission of university? 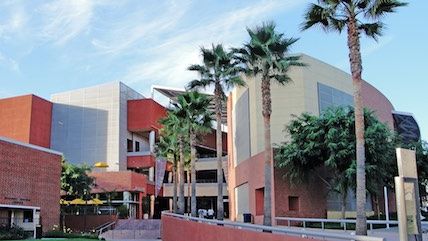 Race-specific housing is a common request of activist students at various campuses—and many universities have been happy to satisfy it. Earlier this week, I reported that joking about the dead gorilla Harambe was considered a microaggression at the University of Massachusetts-Amherst: that's because UMass-Amherst has a specific residential community for African students (it's also called Harambe, hence the problem).

So Cal State offering housing for black students is nothing new. A university spokesperson told The College Fix that its Halisi Scholars Black Living-Learning Community "focuses on academic excellence and learning experiences that are inclusive and non-discriminatory."

Black students wanted blacks-only housing in order to "congregate, connect, and learn from each other." Of course, they probably have a lot to learn from students of other races, too. And students of other races should want to learn from them. That's the point of college: throwing together people from different backgrounds in hopes that they will become better informed about other traditions. This experience is sometimes uncomfortable, and it doesn't always work out, but it's the foundation upon which college life is based: the idea that we have something to learn from people who are different.

The current trend in higher education is to give every racial group and social class its own specific safe space in order to avoid discomfort. We ought to worry whether such arrangements also detract from the educational mission of the university.

I also can't help but wonder what the radical forebears of today's liberal college students—who fought to end segregation in schools—would think about all this.