Where Gary Johnson and Jill Stein Are Strongest

Which states are the most fertile territories for alternative candidates? 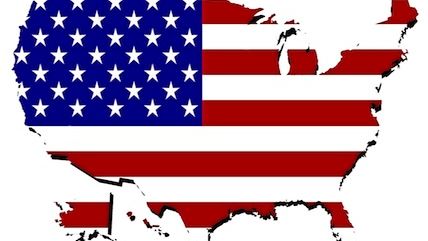 At last we have a national presidential poll that includes a state-by-state breakdown of support for Libertarian candidate Gary Johnson and Green nominee Jill Stein. It was published by The Washington Post this morning, and it offers a useful glimpse at where the two minor-party candidates are strongest.

Needless to say, this is just one poll. It has its oddities—it shows Texas as a toss-up between Trump and Clinton—and it obviously isn't as strong a guide as an average of several surveys. It also leaves out D.C., due to a small sample size in the district. But it's a much bigger banquet of data than what we had before. What does it show?

Gary Johnson's strongest state, unsurprisingly, is New Mexico, where he served as governor from 1995 to 2003. At 25 percent, he is within striking distance of Donald Trump, who is presently polling at 29. (Hillary Clinton still enjoys a comfortable lead in the state, with 37 percent of voters supporting her.)

Johnson's second strongest state, also unsurprisingly, is Utah, where the Post poll shows him getting 23 percent. Utah has the least libertarian reputation of the Mountain West states, but Trump is unpopular with its heavily Mormon population, so the situation there is kind of weird this year. (Trump is still likely to carry the state, but not by the enormous margins recently enjoyed by GOP nominees.) Here again, Johnson is within striking distance of second place: Clinton currently has 27 percent. Note, though, that the Post survey leaves out independent candidate Evan McMullin, a Mormon conservative whose campaign is going nowhere nationally but may eat into Johnson's support in Utah. And just to amp up the uncertainty, Utah is also the one state in the Post poll where the number of undecided voters is in the double digits. (It's at 11 percent.)

Johnson's third-best states are Alaska (which has a history of awarding alternative candidates strong showings), Idaho, and South Dakota, all of which give him 19 percent. Other places where Johnson gets 15 percent or more include Colorado, Iowa, Kansas, Maine, Minnesota, Nebraska, North Dakota, Rhode Island (!), Washington, and Wyoming. He's in double digits in 41 42 of the 50 states; his weakest support is in Mississippi, where he's getting just 4 percent.

Stein is behind Johnson in virtually every state. (Hawaii is a toss-up.) But she's still polling pretty well for a minor-party candidate. The one state giving her double digits is Vermont, where her total stands at 10 percent. Second place is nearby Maine, where she's receiving 8 percent; she's getting 7 percent in Alaska, California, Hawaii, Idaho (!), Oklahoma, Oregon, Rhode Island, and Washington.

It is traditional when reporting such results to note that minor parties tend to poll better earlier in the campaign than on Election Day: Many dissatisfied voters will flirt with alternative candidates before deciding in the end to hold their noses and vote for whichever major-party nominee frightens them the least. And that may well happen this time as well, though usually the effect would have started to kick in by now. But in a way that makes these numbers all the more valuable. Support for third-party and independent candidates can serve as a map-by-proxy of where our binary political system is doing the poorest job of representing the full spectrum of political opinion, information that is not just interesting in itself but is particularly important at a time when we may be going through a party realignment. If there's a substantial number of people who feel seriously tempted to vote for one of those additional options but can't bring themselves to break out of the red-blue box in November, a September poll is all the more useful in figuring out just where that dissatisfaction is clustered.