Colorado Libertarian Lily Tang Williams Will Make the Debates After All

Instead of falling 0.023 percentage points short, the U.S. Senate candidate has just squeaked past the requirements 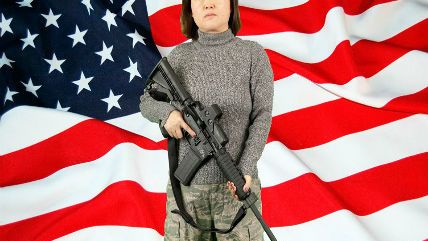 Last week I wrote about how Lily Tang Williams, the Libertarian Party nominee for the U.S. Senate in the state of Colorado, had been barred from participating in a Sept. 10 senatorial debate because the L.P. fell 0.023 percentage points short of the required 1 percent party-registration threshold established by the event organizers. Well, according to The Colorado Independent, those same organizers, from the nonprofit Western Colorado booster group called Club 20, have confirmed just today that new voter-registration figures have brought the Libertarians across the finish line after all. "This could be a game changer," Williams told the Independent.

Does this mean there's hope on the national level for Gary Johnson after all? Probably not. But as Jesse Walker pointed out earlier today, Colorado is one of 15 states where the L.P.'s presidential nominee is polling above 15 percent.