Forensic-testing issues dating back to the 1980s could leave hundreds of Texas cases open for reinterpretation. 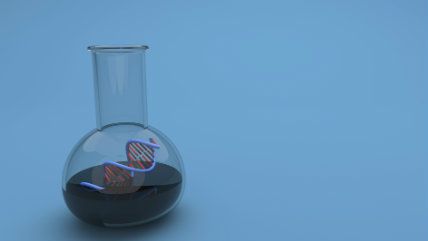 The Austin Police Department's (APD) forensic-testing lab has helped nab hundreds of criminals since the 1980s—or has it? Due to poor lab-management and faulty DNA-testing practices, almost 1,400 cases involving DNA evidence may have been botched, leaving innocents at the mercy of this "scientific" proof and the guilty to go free.

Now, any defendant whose case was impacted by DNA evidence analyzed in Austin can request the DNA be re-evaluated. The Travis County District Attorney's (DA) Office said it anticipates many will seek to have their convictions overturned.

Problems at the APD lab, which has since been shut down, were discovered during a three-day audit in May and June. Auditors with the Texas Forensic Science Commission found the lab was understaffed, the staff was undertrained, and the lab's DNA analysis policies were "neither scientifically valid nor supported by the forensic DNA community." A 415-page report on the lab also says DNA "analysts lacked understanding regarding important quality assurance procedures."

The DA's Office has now contacted hundreds of Austin defense attorneys to inform them about potential DNA-analysis issues. According to the office, nearly 1,400 DNA cases—including many that led to convictions—dating back to the mid-1980s may be compromised. The Travis County Commissioners has approved $150,000 to help retest these DNA samples.

And there we have it: Thanks to corners-cutting protocols established by Austin Police and the incompetence of its forensic lab staff, innocent people have likely been convicted, the guilty have likely gone (or will go) free, and the city must fork out untold amounts of dough to re-test DNA and re-litigate contested cases. Sure, the real world is never so tidy as CSI, but we should be able to expect better than this mess from folks who hold people's lives in their hands.