Charter Schools Criticized For Preferring Better Students, But Public Schools Do the Same

Charter schools tend to offer a better product than public schools, and so parents of all backgrounds flock to them. 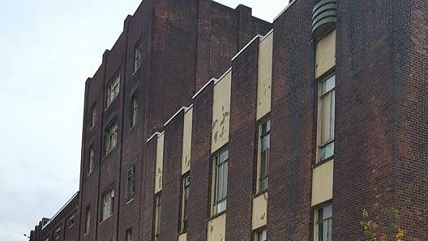 Anti-charter school rhetoric seems to be on the rise in recent weeks, with the NAACP (nominally an organization that advocates for black people but in general a mainstream left-wing advocacy group ) taking a strong stance against charter schools, which have helped poor, mostly black students in cities across the country access better educations than were otherwise available in their dysfunctional public school districts.

As David Osborne of the Progressive Policy Institute and Anne Osborne point out in a column in USA Today, one of the primary critiques of charter schools—that they privilege higher-performing students with higher-motivated parents in admissions—is just as applicable to public school districts, many of which maintain magnet schools for higher-performing students and offer other avenues for higher-motivated parents to get their children into better public schools.

I can vouch for this first-hand. I attended a magnet school in Newark, Science High School. I was able to get in because my mother, an illegal immigrant, was motivated enough to hit up the principal and force me in. I was 10 when I started high school, which should illustrate how dysfunctional the Newark district was that getting me into a magnet school still required my mother to work outside of the system.

Nevertheless, while the teachers I had there that I still follow on social media seem to be unanimously against charter schools, Science High might as well have been a charter. In fact, it can have stricter admissions policies than actual charter schools in Newark, which largely operate (as many charter schools now do) on a lottery system. I saw one teacher complain that charter schools were "exploiting" black and brown bodies (not clear to me how offering such students a quality education and the opportunity to vastly improve their income-earning potential does that), yet teachers unions (which have donated to the NAACP and never been a target of the advocacy group) often resist reform.

While teachers unions' public relations side may insist they have children's interests at heart, as with all unions, their primary over-riding goal is protecting employees. Reforms threaten employees by threatening the status quo in which those employees are comfortable. In most districts it remains almost impossible to fire a public school teacher, even though anyone who has spent any amount of time in a failing public school understands that personnel changes have to be part of any substantive solution. When I was a public school teacher in Newark, I had one co-worker who stashed liquor in her purse. No increase in school funding would make her classroom anything other than dysfunctional.

Many of the critiques of charter schools are transparently hypocritical. Charter schools have exploded in the last twenty years, and are popular even in cities where nominally anti-charter school candidates win (as in New York City and Newark, NJ). In recent years, teachers unions' involvement in politics has focused in large part on stopping the spread of charter schools. They use their positions as government employees with government-granted union privileges to smash their thumbs on the scales against charter schools. They have largely failed to thwart charter schools because charter schools, by and large, offer a better product than public schools. Despite the stereotypes held by many teachers about poor parents and their unwillingness or inability to be involved in their children's educations, like many other parents, they too tend to be highly-motivated about their children's education, even if they can't be as involved in the schools themselves as some teachers would wish them to be. The success of charter schools in poor, mostly black cities across the country bears this out. The opposition to charter schools will only intensify as it becomes harder for parasitical public school employees to make a living off a system that systematically fails students. Charter schools allow parents to vote on education with their feet without having to move out of town, an existential threat to dysfunctional public school systems.