This Couple Isn't Charged with a Crime. The State of Michigan Is Taking Their House, Anyway 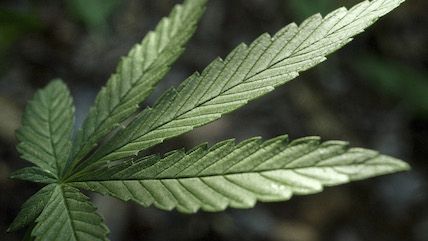 Kenneth and Mary Murray operate a medical marijuana dispensary in Traverse City, Michigan. The state is currently trying to take their home under civil asset forfeiture laws—even though the couple hasn't been charged with any crime.

Kenneth Murray has been accused of selling marijuana to people who weren't his patients—these people were licensed to consume marijuana, but were obligated to purchase it through a different vendor, according to state law. Murray was previously convicted of manufacturing an imitation controlled substance, but a slew of other charges against him—including "maintaining a drug house"—were dismissed, according to The Traverse City Record-Eagle. The paper notes, "No criminal charges are pending against him in Grand Traverse County, where he has been convicted of no drug-related crimes."

And yet the state of Michigan has filed a complaint against the Murrays, which would allow the cops to take $3,863—and their house.

The state's anti-drug task force argues that the Murrays' funds are "ill-gotten gains" from the drug trade. But even if that's true, the government should have the burden of proving it in a court of law. It shouldn't have the authority to confiscate property from citizens before they are found guilty (or even accused) of a crime.

The Mackinac Center for Public Policy's Jarrett Skorup says the Murrays' situation is an indictment of the asset forfeiture system.

"We don't know if this couple is guilty of profiting from crimes in order to make money and buy a house," Skorup told Reason. "And that is precisely the problem with the way forfeiture works in Michigan and too many other states—law enforcement is able to seize and forfeit assets without proving someone's guilt. If this couple was locked up without due process, people would be outraged—we should also be outraged that the government can take ownership of someone's property despite never convicting them of a crime."