It is, as everyone who isn't a corn farmer will tell you. 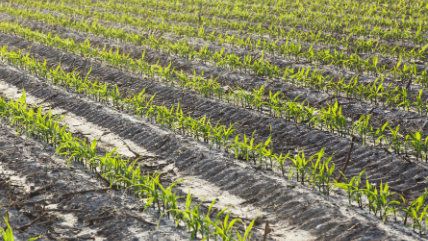 The Environmental Protection Agency never submitted a report due to Congress in 2014 that might have shed light on the environmental problems with mandating the use of ethanol in gasoline.

When the EPA's Inspector General pointed out this week that the study was nearly two years overdue, the EPA said they'll get around to finishing it—by 2024.

Congress created the ethanol mandate in 2005, requiring the blending of corn-based biofuels into gasoline and diesel. A 2007 law expanding the scope of the mandate required the EPA to submit reports to Congress every three years detailing the consequences of that policy on air and water quality. After completing one such report in 2011, the EPA says it ran out of money and didn't have enough time to keep doing them.

"Not having required reporting and studies impedes the EPA's ability to identify, consider, mitigate and make policymakers aware of any adverse impacts of renewable fuels," the EPA's Inspector General concluded in a report released Thursday.

In a response to the inspector general's findings, the EPA says it will release an update to the 2011 report next year but won't have a full study completed until 2024.

Unless you're a corn farmer or a politician who needs votes from corn farmers to get elected, there aren't many reasons to support the federal government's ethanol mandate. Burning ethnol doesn't reduce carbon emissions and the process of making the biofuel actually increases the amount of greenhouse gases in the atmosphere, as Reason's Ronald Bailey reported earlier today.

Even so, both Hillary Clinton and Donald Trump support the Renewable Fuels Standards law that mandates the use of ethanol and other biofuels. In other words, these laws probably aren't going to change anytime soon, whether the EPA gets its reports done on time or not—although there were some encouraging signs for fans of reasonable ethanol policies in February when Ted Cruz won the Iowa caucuses while calling for a reduction in ethanol subsidies.

While we wait for the EPA to discover how terrible the ethanol mandate has been for the environment (to say nothing of what it's done to the price of food, beer and just about anything else made with corn or transported within the United States) here's a look at what others have found.

An Associated Press investigation published in 2013 found that federal ethanol policies drove up the price of corn and encouraged farmers to plant more of it. That touched off "a cascade of unintended consequences, including the elimination of millions of acres of conservation land." Since the 2007 expansion of federal ethanol mandates, farmers had planted 19 million new acres of corn, the AP found, including 6.5 million acres planted on land supposedly set aside for conservation.

"The consequences are so severe that environmentalists and many scientists have now rejected corn-based ethanol as bad environmental policy," the AP concluded. "But the Obama administration stands by it, highlighting its benefits to the farming industry."

Ethanol isn't just bad for the land, it's bad for the air too. The switch from gasoline to ethanol-blended fuels has been linked to increased smog in some cities. Mark Jacobson, an environmental engineer at Stanford University, found that using ethanol adds 22 percent more hydrocarbons—the miniscule bad guys responsible for burning a hole in the planet's ozone layer—to the atmosphere than does burning gasoline.

Environmental groups like The Sierra Club oppose the ethanol mandate because the carbon-heavy process of making ethanol cancels out any supposed greenhouse gas benefits from using it instead of gasoline and because of those pesky "unresolved direct and indirect environmental impacts." Craig Cox, a senior vice president at the Environmental Working Group, a green group with close ties to the Obama administration, has called federal ethanol policy "an ecological disaster."

But, sure, maybe the federal agency that's supposed to protect the environment just didn't have time to study all that.