Did the authorities contain a hysterical crowd Sunday night, or did they spread the hysteria? 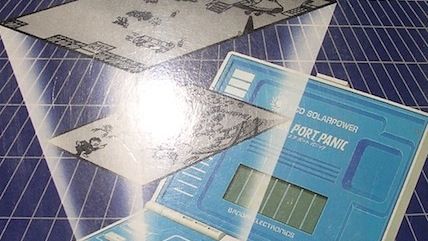 It seemed like a major story at first, and then it seemed like one of those news-of-the-weird tales that shuttle through Facebook for a day or two and then get forgotten. Sunday night there were reports of gunshots in two terminals at New York's JFK Airport. Fear swept through the crowds, and the areas were evacuated; eventually it turned out that no one had fired any weapons after all. An odd interlude, made odder by the fact that something similar had happened at a mall in North Carolina the day before, but not the sort of news-dominating event that an actual attack with perps and corpses would have been.

But it was a big story. It was a burst of hysteria that shows our capacity to generate our own terror even in the absence of actual terrorists, especially when the authorities are actively spreading the flames. I recommend reading David Wallace-Wells' vivid account of that night at JFK, and not just because it's a gripping dispatch from a writer who happened to be there when the fear took hold. Decades of sociological research have shown that, no matter how many Hollywood clichés to the contrary you may have seen, it is rare for a disaster to produce a mass panic; spontaneous cooperation and emergent order are the norm. But there is little spontaneous cooperation or emergent order in Wallace-Wells' story—not until the apparent danger has passed:

After that second stampede, out on the tarmac, passengers moved in to comfort and inform each other, as best they could. Those who've lived through real disasters and those who study them often talk about the improvised communities of support that spring up in real time to help. But last night, in a false disaster, it took the complete passing of a threat before that variety of kindness sprang up.

Why? We'll need more than one man's account before we can get anything approaching a full answer to that question. But one theme running through Wallace-Wells' report is that the people policing the airport intervened in heavy-handed ways that made the situation much worse. "Not only did police and security fail to prevent the spectacle of mob hysteria," he writes at one point; "on some level, given the way they pressed a hysterical crowd right back into a compressed space, they staged it."

There is also this:

Some of [the people on the tarmac] had been swept outside by police charging through the terminals with guns drawn, shouting for people to get down, show their hands, and drop their luggage, since nothing was more important than your life. Others had been on lines where TSA agents grabbed their gear and just ran, at least according to reports on Twitter.

[A]ll of a sudden, all the guards were urging us back inside, not because they knew of any threat out there, but because they were following another protocol: It's illegal for civilians to be out on the tarmac, so we had to get back inside. Not that anyone bothered to explain that logic, or anything else; the best information anyone could give was "active shooter." Probably ten different guards said that to me, and nothing more. Where were their radios, I kept wondering. Why don't they know what to do with us, or at least what to tell us? Surely an airport like JFK would have a contingency plan for a situation like this, which would call for passengers to be taken to a particular place or dealt with in a particular way. If there is such a plan, I saw no evidence of it last night, nor any sign of meaningful or helpful lines of communication between the various parts of the airport operation or the security forces that flooded in after the first reports of gunfire.

Soon [Wallace-Wells' wife] found herself in another stairwell, where there was one guard sobbing hysterically and screaming and another dismissing anyone who turned to him for help or leadership by yelling that he didn't want to die tonight, either. Where I was, there was more variety: A few were responsible-seeming, measured and urging everyone to stay calm; others just yelled at us to back off; and others seemed like stoned teenagers on a summer job, excitedly shouting, "Fuck, a mass shooting!" That they wore yellow vests with the word "security" made them, to the rest of us, the face of authority. But to them, the vest was just a job uniform, enclosing another panicked person in a crisis situation.

The phantom gunshots may have actually been the sounds of travelers clapping and cheering while they watched the Olympics. But whether or not that's how the cascading fear started, the outcome is clear. "For several hours, we were in the flood of panic and chaos of an ongoing act of terror," Wallace-Wells writes. "There's no other way to describe it. That it was an overreaction almost doesn't matter; in fact, that is how terrorism works."