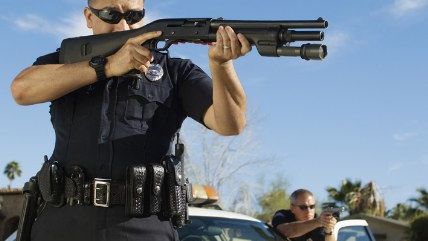 Rockwood, Tennessee, police officer Jared Hall has been placed on paid leave after firing a live round during an active-shooter drill at a Roane County school. Students were not present during the drill, but teachers and staff were. Officers were supposed to fire blanks so that teachers could learn what gunshots sound like.