Few states are as open to alternative candidates as Alaska. 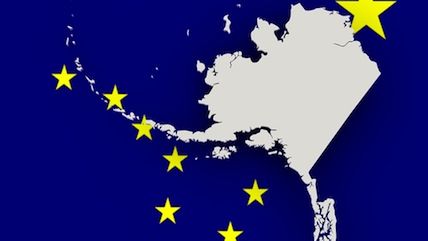 Alaska keeps turning up on lists of states where the Libertarian ticket hopes to do well, but presidential polls in that state have been scarce this year, so it's hard to tell exactly how much support Gary Johnson is getting there. FiveThirtyEight's current election projection has him taking either 9.9 or 12.7 percent of the Alaskan vote, depending on which of its models you use. But the site has only one survey from the state to work with, that poll was conducted way back in January, and Johnson wasn't in it. So we're basically looking at some mathematically sophisticated guesswork.

But if historical precedent means anything, there's good reason to think Johnson can get a decent-sized share of the vote in Alaska—and the Green Party's Jill Stein could do relatively well there too. It's clear that a nontrivial number of Alaskans are at least willing to look at minor-party candidates. 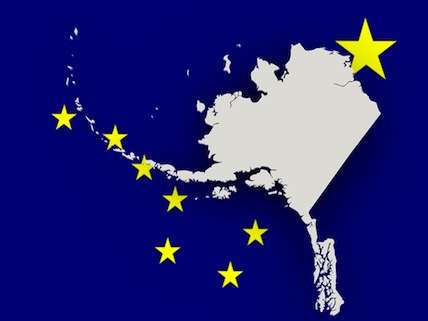 In the last half-century, few states have been as friendly to alternative presidential contenders as Alaska. On a national level, six of the last 12 elections have seen at least one independent or minor-party candidate get more than 1 percent of the vote. In Alaska, by contrast, at least one candidate has cleared that bar in every single one of those elections, and all but one of those candidates did better in Alaska than they did in the country at large. In 7 out of those 12 Alaskan presidential contests, an alternative candidate managed to top 5 percent.

This willingness to step outside the duopoly crosses ideological lines: Third-option candidates of both the left and the right have performed well in the 49th state, as have several nominees of the neither-left-nor-right Libertarian Party. Here's a quick review:

1968: In Alaska's third national election, George Wallace of the American Independent Party captures 12.07 percent of the state's vote, a little less than the 13.53 percent he wins nationally.

1972: John Schmitz of the American Party—the successor to the group that nominated Wallace—gets 7.25 percent in Alaska. Nationally he gets just 1.42 percent.

1976: Roger MacBride of the Libertarian Party picks up 5.49 percent of the Alaskan ballots. Nationally he gets only 0.21 percent.

1980: In Alaska, Ed Clark of the Libertarian Party gets 11.66 percent and independent John Anderson gets 7.04 percent. Nationally, their totals are 1.06 and 6.61 percent, respectively.

1984: David Bergland of the Libertarian Party receives 3.07 percent of the Alaskan vote. His nationwide total is 0.25 percent.

1988: Ron Paul of the Libertarian Party receives 2.74 percent in Alaska and 0.47 percent nationally.

1996: Alaskan voters give 10.9 percent of their ballots to Perot, now running under the Reform Party banner, and 3.14 percent to Ralph Nader, running as a Green. Nationally, Perot gets 8.4 percent and Nader gets 0.71.

2004: Nader, listed on the state's ballot as the candidate of the Populist Party, gets 1.62 percent in Alaska and 0.38 nationwide.

Along the way, Alaskans elected several third-party state legislators and a third-party governor. So this is clearly a place where people are more likely to look past the Red and Blue options, particularly but not only in years when an alternative candidate is doing well in the rest of the country. And if that ardor has cooled a bit in the last few cycles, 2016 may be a return to form: If FiveThirtyEight's projections are close to being correct, the Libertarian Party could be in line for either its strongest showing in the state since the '80s or its strongest showing there ever.