Matt Welch talks issues of the day on FNC's Red Eye at 3 a.m. 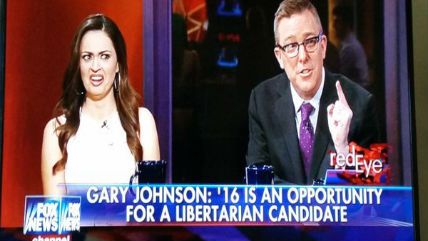 At 3 a.m. tonight/this morning I will be appearing on Red Eye w/ Tom Shillue with co-panelists Mike Baker (former CIA), and comedians Madison Malloy and Paul Oddo. Among the topics to be discussed:

* This garbage article in The Weekly Standard, which I describe as "garbage," claiming that "All the Issues Favor Trump."

* This New York Times trend piece about New York marriages being riven apart by the 2016 presidential election, which I characterize as one of the very "worst" aspects of our modern condition: The politicization of everything.

Last week I was also on Red Eye, for the final episode of longtime cast member Joanne Nosuchinsky, who I improbably try to channel tonight. You can watch that episode below: