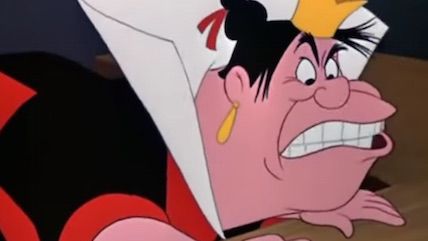 The University of Colorado-Boulder expelled a student for sexual assault—even though his alleged victims never accused him of anything.

Working off of an anonymous tip, a particularly vindictive Title IX administrator launched an investigation into the male student and concluded that he had raped two different female students—students who never filed complaints. The first victim, in fact, was initially unable to recall whether they had engaged in sexual activity at all.

The male student—referred to as "plaintiff" in his lawsuit against CU-Boulder—was denied the right to cross-examine the two women, properly review the evidence against him, and appeal the administrator's decision. He was subjected to an astonishingly unfair adjudication process that ignored his due process rights at every turn and presumed him to be guilty from the start.

This isn't the first case I've seen where Title IX administrator disciplined a student for sexual assault despite the fact that the victims never filed a complaint. It bears some similarity to a case at Colorado State University-Pueblo, where a male athlete was suspended for years for raping his girlfriend, even though the girlfriend never complained and in fact stated unequivocally, "I'm fine and I wasn't raped."

In the UC-Boulder case, the Plaintiff was suspended from campus pending an investigation into allegations that he had sexually assaulted two female students, uncreatively referred to as "Jane Doe 1" and "Jane Doe 2." The impetus for the investigation was an anonymous phone call made to Christine Gonzalez, a Title IX coordinator at CU-Boulder. Note that the plaintiff was suspended two days after Gonzalez received the call—well before the university even bothered to interview Does 1 and 2 to determine whether the accusations were merited, according to the lawsuit.

The investigation was conducted by CU-Boulder Title IX Investigator Alexandra Tracy-Ramirez. The plaintiff's lawsuit argues persuasively that Tracy-Ramirez was biased against him from the start and determined to find him responsible for sexual misconduct, independent of whatever evidence she turned up. Her interviews with Does 1 and 2 are confusing—or at least, the summaries of them are confusing, according to the lawsuit. Doe 1 told Tracy-Ramirez that she couldn't remember meeting up with the plaintiff on the night in question, but "felt like she had engaged in intercourse" the following morning.

As for Doe 2, the second victim "did not meet with the investigator or provide a detailed account of what happened," according to the lawsuit. Tracy-Ramirez told Doe 2 over the phone that she believed the plaintiff had engaged in nonconsensual sex with Doe 2. Doe 2 eventually "confirmed this account," though she avoided Tracy-Ramirez's calls for weeks, according to the lawsuit.

After suspending the plaintiff, Tracy-Ramirez summoned him to appear before her in person. He would have just this one chance to prove his innocence to her. His lawsuit notes that he was not fully aware of the charges against him at this point—he didn't know what Doe 1 had told Tracy-Ramirez. (The investigator hadn't even spoken with Doe 2 yet.) During the meeting, Tracy-Ramirez summarized Doe 1's account and said that "any information he provided after the meeting would not be considered as part of his defense," according to the lawsuit.

It's little wonder that Tracy-Ramirez eventually decided—based on a preponderance of the evidence standard—that the plaintiff was guilty: at no point did the university equip him with the tools to defend himself. Twisting the knife a bit further, the university denied the plaintiff the right to appeal.

This is just one side of the story, and indeed, it's perfectly possible that the plaintiff committed sexual misconduct against one or both of the Does. But the university relied upon an investigative model that wasn't merely ill-equipped to determining the truth—it was positively opposed to the principles of justice. This is the Alice in Wonderland method of conducting a trial:

'Let the jury consider their verdict,' the King said, for about the twentieth time that day.

'No, no!' said the Queen. 'Sentence first—verdict afterwards.'

The College Fix has more details on the lawsuit here.