Are races truly 'more competitive' when people are less inclined to cast ballots? 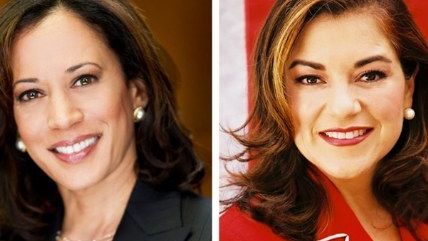 What do you know? A huge chunk of Californians, when faced with a choice between two candidates who don't represent their political positions, and only those two candidates, are inclined to just not vote.

That is the outcome predicted in a new poll released by the Public Policy Institute of California. California voters in 2012 approved a shift two a top-two primary system for legislative positions and statewide elections. What it means is that in these races, primary voters get to choose among all candidates in all parties. The top two finishers in the primary, regardless of party affiliation, will go head-to-head in the November election.

This means that voters could be asked to choose between two candidates within the same party as their only options. This is a feature, not a bug. The argument for such a system is that it would require candidates to adjust their message to suit those who aren't part of their base constituencies and thus moderate candidate positions and make races more competitive.

Instead, people outside the party say they're less inclined to actually vote in these races at all.

The poll looks at the upcoming race to replace retiring Democrat Barbara Boxer in the United States Senate. Because of this top-two primary system, voters are left with two Democrats, Attorney General Kamala Harris and Rep. Loretta Sanchez.

There's little to suggest in the issues sections of the two candidates' web sites that they're looking to moderate their positions in any meaningful way to appeal to non-leftists. Sanchez seems maybe a little more moderate (perhaps because she simply says a lot less and doesn't promise nearly as many policies as Harris does). Sanchez is also reportedly upset that the Democratic establishment is not supporting her, not exactly an indication of a rush to appeal to non-partisans.

As a result, 50 percent of likely Republican voters in California say they're probably not going to vote for either candidate, the Los Angeles Times notes. Another 19 percent say they're undecided. Altogether, the survey reported that more than a quarter of all voters, 28 percent, did not support either candidate.

As I noted when reporting on the outcome of the primary, participation in California's elections has plunged to record lows, particularly in the primaries, where citizens votes matter most under this system. Estimates do show a big jump (49 percent of voters cast ballots) in 2016 compared to 2012 (31 percent) in primary vote participation. Keep in mind Bernie Sanders was still in the race at this point, while Trump had already clinched his delegate threshold, giving Republicans less of a reason to vote in the primary. And those primary participation numbers are most certainly going to be much lower than the general election numbers in November.

The outcome of this "more competitive" system is fewer votes? How does that make any sense, and is that truly healthier for a democratic republic than an election between two candidates on opposite sides of the political spectrum?