Sanders doesn't have enough allies in Congress and isn't even a Democrat. Besides, the Tea Party has basically fizzled out with rise of Donald Trump. 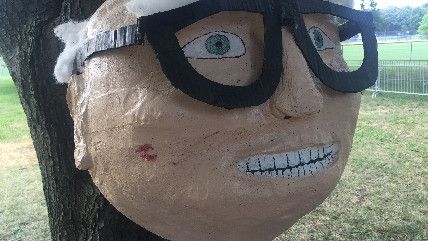 Where does the Bernie Sanders' "revolution" go from here?

Will the over 12 million people who voted for Sanders in the Democratic primaries and caucuses maintain their passion after the next president is inaugurated by becoming the next Tea Party and radically changing the agenda of the party's establishment? Or will they fizzle out like the much-publicized but hardly effectual Occupy movement of 2011, whose central complaint about income inequality (We are the 99%!) was the backbone of the entire Sanders campaign?

Writing for Vox, Andrew Prokop calls the Sanders movement/Tea Party comparison "apt" because the latter "was motivated partly by a deep and growing frustration with the way things are going in this country, and a sense that the party establishments weren't up to the task of fixing it."

That may be true, but there are important distinctions. First, Bernie Sanders IS his movement. There are no other members of Congress willing to openly wave the banner of Sanders-style "democratic socialism," whereas in 2010, 87 newly-elected Congresspeople took office as loosely-affiliated members of the Tea Party.

With so much of Sanders' movement invested in what his supporters believe is his unimpeachable personal integrity — as well as a very convenient villain to oppose in the form of the compromised, corporatist, war-mongering Hillary Clinton — it's tough to imagine scores of fresh-faced political outsiders being able to drum up as much support at the local level promising things like free public college tuition without the force of personality Sanders exhibited during his presidential run.

Also, Sanders will return to a Congress where only nine current members of the House and only one of his Senate colleagues endorsed him over Clinton. Such overwhelming support for his primary opponent owes a great deal to the fact that Clinton is a larger-than-life figure within the Democratic Party, but also the more obvious fact that she is an actual Democrat, as opposed to Sanders, a once-and-again proud Independent, who merely rented the Democrat tag to run for president.

The long-ambiguous state of Sanders' party affiliation was put to rest yesterday, as he made clear he intends to return to the Senate as an Independent who will caucus with the Democrats:

Bernie Sanders tells @bpolitics breakfast w/reporters he'll return to the Senate as an Independent, not a Dem: 'I was elected as an Ind.'

Though Sanders supporters (and even many Clinton supporters) are proud that they were able to exert their influence in the creation of the most "progressive Democratic platform" to date, party platforms introduced at the quadrennial conventions are only mission statements, born of negotiations within the party that have little to do with how the elected members of the party will legislate afterward, when they have to negotiate and compete in the arena of votes and ideas against an antagonistic party.

Additionally, even though FiveThirtyEight reports that 90 percent of Sanders supporters intend to vote for Clinton, a loud chorus of disgruntled "Bernie or Bust" demonstrators have been urging their comrades to abandon their Democratic Party registrations in an effort they have been hashtagging on social media as #DemExit.

It's too early to tell if Sanders' motivated and engaged base of voters will continue to be politically active, either by running simpatico candidates in local elections or even voting at all, but if the the Occupy movement's brief moment in the spotlight is any indication, it doesn't look good for democratic socialism's electoral prospects. In 2014, Mark S. Mellman wrote in The Hill of the divergent political paths forged by the Tea Party and Occupy:

Perhaps the most important difference was the choice each made about politics. The Tea Party was avowedly political. It participated in campaigns and ran its own candidates, some of whom were successful (though others were spectacular failures). But the end result was Tea Partiers in the halls of power and almost every Republican lawmaker looking worriedly over his or her right shoulders at every vote. The Tea Party had power in the sense defined by my teacher, Yale's Robert Dahl, who died last week at 98. "A has power over B to the extent that he can get B to do something that B would not otherwise do." The Tea Party demonstrably got Republicans to do things that they would not otherwise have done.

Occupy Wall Street moved in the opposite direction, actively eschewing politics. Its members saw no place for themselves in the electoral system and often shooed away elected officials who attempted to visit their encampments, displaying contempt for politics and politicians. As a result there were no Occupy members of Congress, nor did anyone look over their left shoulder worried about a primary threat from Occupy.

Therein lies the big difference. Sanders ran an insurgent campaign and forced Hillary Clinton to pivot much further left than she seemed to want to, just as Tea Party candidates forced the GOP establishment (briefly) to bend to its will.

My Reason colleague Elizabeth Nolan Brown visited the Democratic Socialists of America's "Socialist Caucus" yesterday in Philadelphia, where one speaker insisted their movement had to become the Tea Party of the next electoral cycle. They are correct that for any meaningful influence on the Democratic Party created by Sanders' run to survive, they need to have more avowed democratic socialists in office.

But since its birth in the early days of the Obama administration, the Tea Party has become such a mish-mash of personalities all tenuously held together by opposition to the federal government's bank bailouts and runaway government debt that the label has become almost meaningless. Absurdist former vice presidential candidate Sarah Palin has been described as a "darling" of the Tea Party movement and the much-loathed by his own Republican colleagues Ted Cruz might have been the movement's last best chance at the presidency, but Tea Party "favorites" have also included thoughtful libertarian-ish types such as Rand Paul, Justin Amash, and Thomas Massie. This was never a coaltion built to last.

And with the rise of Donald Trump, a demagogue of incoherent political philosophy who is certainly no fan of limited government, you could make the argument that the Tea Party's wave of outsized influence over the GOP has crested and isn't exactly an ideal model to follow. But unlike the Occupiers, they did have their moment.