Countries That Transitioned Rapidly From Communism to Capitalism Fare Better 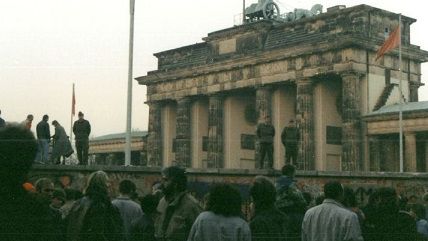 Last week, I published, along with two coauthors, a study assessing the outcomes of economic reforms in ex-communist countries since the fall of the Berlin Wall. In order to understand the transition from communism to capitalism, it is important to note that by the late 1980s, the economic harm to communist economies was already done. These countries fell behind the rest of the world in terms of productivity. They subsidized hundreds of thousands of firms that were losing money and producing goods that no customer in the free world would buy.

Restructuring was, therefore, necessary and the only relevant questions were "when" and "how" to do it. The "big-bangers" wanted to make the process as swift as possible, while the "gradualists" wanted more time. The former argued that speed was necessary in order to minimize the power of special interests and rent-seeking. The latter argued that in the absence of institutional reform, chaos and corruption would ensue.

True enough, "big-bang" reforms were often chaotic and led to an increase in corruption. But, after 25 years, it is obvious that countries, which adopted extensive reforms early on, performed much better than countries that adopted a more gradual approach. The former grew richer and more democratic, while, at the same time, experiencing less impoverishment and a smaller increase in income inequality.

The latter performed worse in all relevant measures of economic, social and democratic performance. That is because post-communist governments were captured by special interests that were interested in rent-seeking, not economic and political reforms. These findings are crucial, because of the continued misperception that rapid transition from communism to capitalism has caused untold human suffering in ex-communist countries. They might also be of benefit to future reformers in countries from Cuba and Venezuela to Zimbabwe and North Korea.

In order to make my points succinctly, I will look at a number of measures of human wellbeing from the perspective of three countries: the Czech Republic, which adopted reforms early on and sustained them over time; Russia, which adopted some reforms early on, then abandoned and even reversed some of them; and Ukraine, which has been struggling to introduce reforms gradually over the last 25 years.

2. Income per capita adjusted for inflation and purchasing power parity