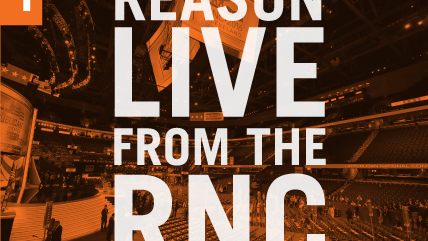 Matt Welch and Nick Gillespie reported live at 2 pm on Monday from the Republican National Convention in Cleveland.

They lay out the stakes of the Trump nomination, whether the GOP can survive the next few days, and most importantly, what it all means for libertarians.