Language that was mildly positive toward reform efforts was beaten back by public school activists. 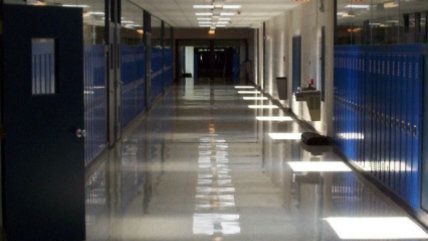 When the Democratic Party platform committee met last weekend to discuss their party's principles, not everyone was happy with the draft K–12 education proposal that was presented. The problem, according to some public school activists? The plank was too positive toward privatization.

According to The Washington Post, these activists criticized the party for using the same sort of language as corporate reformers, including offering limited support for school choice and test-based teacher accountability.

Platform committee and party members responded by revising the plank to reflect the concerns of these activists, adding a proposal to let parents opt their children out of standardized tests.

When it comes to academic performance, the party's position draws heavily from the Every Student Succeeds Act (ESSA), the bipartisan bill that replaced No Child Left Behind. While the ESSA does give local and state governments a bit more say in education matters, it also requires them to set high educational standards for their students.

That might sound like a good thing—until you realize the federal government must approve of state accountability measures on student achievement. As Neal McCluskey of the Cato Institute has noted, this means there's little to stop the secretary of education from vetoing accountability plans until a state falls in line with what the administration wants.

When it comes to school choice, the revised plank makes it clear that Democrats are in favor of limiting the types of schools that are available for students. The proposal states that public charter schools should be required to "accept and retain proportionate numbers of students of color, students with disabilities and English language learners in relation to their neighborhood public schools." In practice, this means a charter could be shut down simply because the kids who choose to apply there, or who happen to thrive after enrolling, don't end up being diverse enough. Moreover, the party is explicitly opposing for-profit charter schools, further eliminating opportunities for parents to move their kids out of a failing local school.

The plank also calls for a national campaign to recruit and retain "high-quality teachers" by ensuring they have the materials needed to succeed in the classroom. How it plans to accomplish this lofty goal, however, is left to the imagination.

To be fair, the proposals aren't all bad. The committee came out against punishments that unfairly affect minority and disabled students and approved of a passage advocating for reforming discipline procedures. (Reason has written extensively on the problems with zero-tolerance school discipline policies.) Nevertheless, it's obvious from the revised plank that the Democratic Party plans to continue to drag its feet when it comes to efforts to improve K–12 education through increased teacher accountability and school choice.