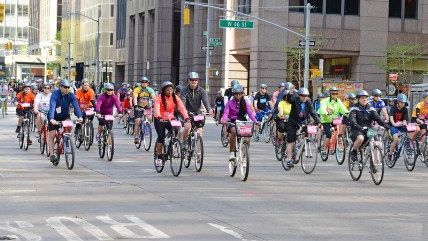 After a hit-and-run driver intentionally ran down and killed bicyclist Matthew von Ohlen, the New York Police Department responded in a dramatic fashion. The next day, officers were on the scene, ticketing cyclists for traffic infractions and giving them pamphlets on safe bicycling.