PokemonGo Is Already Making Authorities Freak Out About Danger

Car crashes, dead bodies, pedophiles: You name it, Pokemon skeptics are worried about it 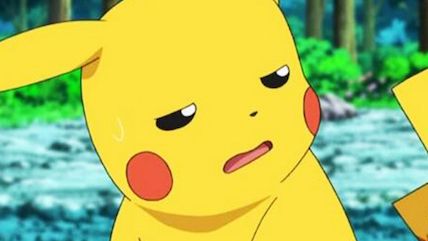 PokemonGo is a marvel: Just a few days after the game's launch, millions of people have already downloaded it, and are racing outside into the wilds of their own neighborhoods in search of virtual monsters to capture. (Take that, Michelle Obama.)

The app, an iPhone version of the popular Nintendo game series, is a perfect example of why everyone should cheer the rise of virtual reality—technology makes our lives more meaningful by giving us more choices. The kind of experience PokemonGo offers will only becoming more entertaining and fulfilling as the tech improves and other companies compete to offer a better experience.

Which means, of course, that it's already time for nannies to start worrying that PokemonGo is dangerous. Cue the moral panic. Enter the fearmongers. (Won't someone think of the children?) Let loose the hysterical news stories.

"PokemonGo craze is causing real-life injuries and danger," warns today.com. Tens of thousands of people die in car crashes every year, but a few scrapes and bruises that resulted from game-players running into each other is a "danger."

"Playing Pokemon Go is becoming dangerous," suggest The New York Post. Even if the game wasn't a safety hazard at first, it certainly is now. Just look at these pictures; twisted ankles are only the beginning. "I don't think the company is really at fault," said one victim, naively.

"Police: Popular 'Pokemon Go' Poses Numerous Risks To Players Including Robberies, Accidents," says CBS New York. If the police think it's scary, it must be really bad. The story points out that one woman found a dead body while playing the game. PokemonGo had nothing to do with the actual death, mind you, and is only incidentally related to the corpse's discovery, but hey. What if?

"Here's Why the Internet Won't Stop Talking About Pokémon Go—and Why It's So Dangerous," explains E News. The game is not just dangerous—it's so dangerous. Because, well, some people were robbed while playing it. Not a lot of people, mind you. Just some people.

"New Pokemon Go app craze could be used by paedophiles to lure unsuspecting young players," warns The Daily Mail, in an article that goes straight for the jugular. "There are now claims that the app could be used for something more sinister altogether—such as paedophiles using the 'lure' element of the game to trap distracted children."

And who is making these claims? No one with any expertise or much evidence, but no matter:

Fearful of where this could lead, one woman carried out an 'experiment', which saw her post a 'lure' to see how many people turned up. Within moments, several children had arrived at the chosen—most without parents—having ignored their usual 'stranger danger' radar in pursuit of the monster.

'It occurs to me that someone could use this for nefarious purposes', the user known as Robin wrote.

Anyone can use anything for nefarious purposes, of course, and would-be child rapists have plenty of other tools at their disposal. It seems to me that luring a bunch of people—some of them adults, who are also playing the game—to a public place is not a particularly full-proof child-abduction plan. And, as Lenore Skenazy has argued exhaustively, stranger danger fears are overblown: Most abductions are perpetrated by someone known to the abductee, often as a result of custody disputes. Whether or not the kid is playing Pokemon.

"Warning: Pokemon GO is a Death Sentence if you are a Black Man," claims a Medium writer, doing his best to top The Mail. The writer reasons that cops are more likely to stop a black person who is wandering around aimlessly trying catching Pokemon than a white person. He further reasons that the cops would be more likely to escalate the situation into a lethal encounter if the trainer—which is what people who catch Pokemon are called in the Pokeverse—were black. This makes sense, it just doesn't follow whatsoever that playing PokemonGo is a "death sentence" for black people. There's no evidence that the game has been, or will be, an important contributor to anti-black violence.

What to make of the already palpable moral panic over PokemonGo? People unfamiliar with the television show based on the original game might be interested to know that it concerned a 10-year-old boy named Ash Ketchum who leaves home to wander forests, caverns, mountains, islands, jungles, and volcanoes that are crawling with actual monsters. Ash sets out alone. This is considered normal in the world of Pokemon.

People who download PokemonGo need only a little of Ash's courage. If players follow basic, obvious outdoor safety precautions—look both ways before crossing the street, safety in numbers, etc.—then searching for virtual Pokemon will be no more dangerous than doing anything else.