Does the Market Care Who Wins the White House?

With either Donald Trump or Hillary Clinton about to become president, why is the stock market soaring? 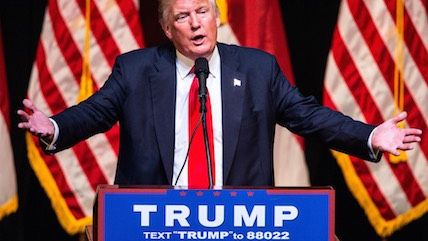 So why is the stock market, which measures the expectations of future earnings by American businesses, soaring?

There are at least three possible answers.

The most hopeful one is that neither Clinton or Trump would be as bad as some fear, and that either one might be an improvement over President Obama.

Mr. Trump has been careful to stress that while he wants better trade agreements for America, he doesn't oppose free trade. And while he has accused Hillary Clinton of being controlled by "global financiers," plenty of heavyweight and credible Wall Street types—Wilbur Ross, Steven Mnuchin, Carl Icahn—are in Mr. Trump's corner. If Mr. Trump manages to get elected and get his tax cuts through, it will be good for the American economy. A President Trump would appoint reasonably pro-business, anti-regulation (though immigration is a question mark) judges and administration officials.

As for Clinton, if she is elected she'll almost certainly be constrained by the lack of a 60-vote Democratic majority in the Senate. The same "global financiers" that Trump has been trying to scare voters about—i.e., her speaking-fee paymaster Lloyd Blankfein of Goldman Sachs—will have Clinton's ear enough to assure that she doesn't follow her instincts and go the full Hugo Chavez. The last time we had a Clinton presidency, back in the 1990s, the policies that eventually emerged from the combination of Bill Clinton and Republicans in Congress—Nafta, a capital gains tax cut, welfare reform—were reasonably pro-growth.

The other possible explanations are not as substantively hopeful, though they are somewhat bullish from a market perspective.

If you take into account the dollar's decline against gold, the stock market still has a way to run before even approaching its value in 2008, when the presidential choice was between Barack Obama and John McCain, who wasn't exactly the second coming of Ronald Reagan, either, from a growth perspective. With dollar-denominated housing, education, and health-care costs all soaring, the stock market rise isn't so much policy-related optimism as an expectation that you'll need more dollars to buy a single share of stock in whatever company it is you are buying. I'm not advocating a weak-dollar policy; I like a strong, stable dollar. But it's easier to make sense of the rising stock prices if one also keeps in mind the declining value of the dollars in which the stock prices are quoted.

Relatedly, the stock prices may be expressing an expectation about interest rates, which is that they are going to stay pretty low for pretty long. By this view, neither a President Trump nor a President Clinton will meaningfully reduce the deficit or debt or stimulate the economy through fiscal policy. As a result, the onus will be on the Federal Reserve to keep interest rates low to enable the government's borrowing and to keep the unemployment rate at politically acceptable levels. If savers can't earn reasonable returns from savings accounts or bonds, they'll put the money in the stock market.

If the stock market starts to tank between now and election day, you'll doubtless read stories blaming Trump or Clinton for the decline. Perhaps they are to blame for the fact that the market isn't roaring even higher. I'm as unenthusiastic about both presidential candidates as most of the rest of the commentariat and electorate. But I try to maintain a mind open to incoming data that might cause me to question my opinions. In this case, Mr. Market may just be sending a message that neither Mr. Trump nor Mrs. Clinton will be as bad as we think.