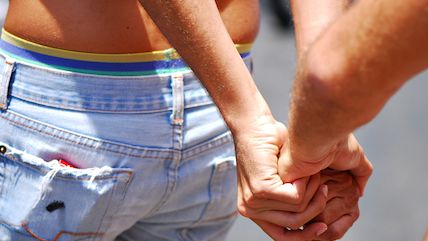 Here's a rather predictable story of government-induced campus censorship: A Wisconsin state senator issued a veiled funding threat against the University of Wisconsin because a sociology instructor included an essay about gay sex in the course materials.

"Since students at UW-Madison are required to read this offensive material it is only appropriate that as leaders of the system you also read this offensive essay and respond with your thoughts on its educational value," said state Sen. Steve Nass, a Republican and vice chairman of the senate's higher education committee, in a recent statement to university regents. "Does it represent the spirit of the Wisconsin Idea? Is this what the people of Wisconsin should expect when paying taxes and tuition to support the UW System?"

The object of Nass's wrath is an article assigned by Jason Nolen, a lecturer in the sociology department. The article apparently discusses racial discrimination in gay hookups. It isn't identified in the Associated Press story about the controversy, but a reliable source—the Foundation for Individual Rights in Education's Adam Steinbaugh—tells me he thinks he found it here.

It seems entirely appropriate for students to read that article for Nolen's class, which is titled "Problems of American Racial and Ethnic Minorities." Students aren't babies. They can handle sexual content.

Nass, however, implied that he might block funding to the university because of the article. His threats violate the university's academic autonomy, damage the culture of free inquiry and expression so essential to a healthy campus, and suggest an anti-gay bias (which, I mean, come on: it's 2016, we even have a gay Hikaru Sulu now!).

Unsurprisingly, FIRE is not happy about Nass's threats. Nor should they be.

"This kind of accusatory meddling from an elected official–with ominous threats against the university's budget thrown in–cuts to the core of academic freedom, for which the University of Wisconsin is a national model," Peter Bonilla, director of FIRE's Individual Rights Defense Program, told Reason. "The academic enterprise becomes unsustainable when legislators act in the belief that their categorical declarations of what is "offensive" trump the judgment and expertise of university faculty."