Why Hillary Clinton Has Privileges That Edward Snowden Doesn't

In the halls of power, how classified information is handled is ultimately less important than who's handling it. 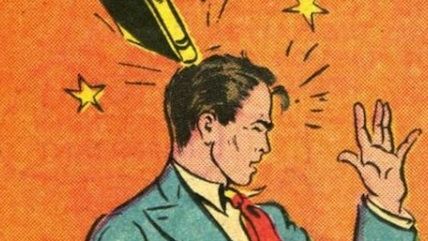 When the feds decided not to prosecute Hillary Clinton for her email scandal, the double standard was obvious: Whistleblowers such as Thomas Drake and Edward Snowden are hounded for how they handle classified information, while powerful people like Clinton skate. The difference isn't just that Clinton has a lot more clout than Drake or Snowden. It's that they were bringing some sunlight to secret activities that their higher-ups did not want exposed. Clinton was not doing anything of the kind, and indeed may have been using a private server precisely to avoid public scrutiny.

But there is an even larger double standard here. The federal government classifies an absurdly large amount of information. Much of this material would harm no one if it were revealed—or, if you prefer, would harm nothing larger than the reputations of the bureaucrats who hid it. The result of this overclassification is a lot like the results of overcriminalization: Whether you're punished or rewarded for revealing something secret depends on the whims of the enforcers and the culture in which they operate.

So on one hand, Washington can react to events like the WikiLeaks affair with a full-fledged Leak Scare, prosecuting more people and instructing employees to watch their coworkers for such supposedly suspicious behavior as "sleeping at the desk" and "expression of bizarre thoughts." Meanwhile, some of the same officials encouraging that crackdown will quietly take a leak into the press sometimes themselves. The targeted transmission of secret information is now a central if unofficial part of the political system, and it has been for a long time; it's been more than half a century since Marshall McLuhan wrote about "government by news leak," that alchemy by which "the magic flexibility of the controlled news leak" can transform a secret into a trial balloon. In the age of overclassification, some of those "controlled" leaks will be technically illegal, but whether they're treated as such will depend on who leaks them and why. "It is now almost routine," the Moynihan Secrecy Commission noted in 1997, "for American officials of unquestioned loyalty to reveal classified information as part of ongoing policy disputes—with one camp 'leaking' information in support of a particular view, or to the detriment of another—or in support of settled administration policy."

Hillary Clinton wasn't leaking anything in her emails—not on purpose, anyway—but she was operating in an environment where how classified information is handled is ultimately less important than who is handling it. When FBI Director James Comey recommended that Clinton not be prosecuted, he declared that "this is not to suggest that in similar circumstances, a person who engaged in this activity would face no consequences." That may be the most cuttingly accurate assessment of the current political order that you'll hear from any American official this year.