War on Vaping an Effort To Prop up Tobacco Taxes? 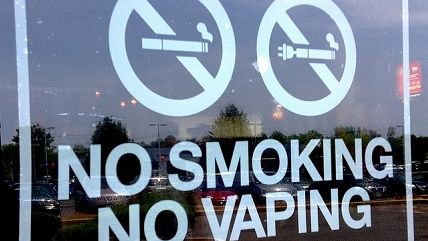 The last time I wrote about tobacco-related measures, I concluded that California legislators and health advocates have let a bit of Puritanism get the better of them. Why else would the governor sign a law that makes no distinctions between smoking dangerous, combustible tobacco products (cigarettes) and puffing on vaping devices that are a safer, alternative product?

I still think some Puritanism is at work—it bothers activists that smokers find vaping enjoyable, as opposed to arm patches, nasal sprays and ten-step programs. But some readers reminded me of an even bigger and more cynical reason for the state's approach: officials are addicted to their cut of tobacco-related revenues. Smoking rates are declining. As smokers give up their bad habit, anti-smoking programs lose tax dollars.

Taking dollars from government agencies and government-addicted nonprofits makes them as grumpy as taking the last pack of cigarettes from a habitual smoker. Even though the state passed several new laws—raising the smoking age to 21 and regulating e-cigarettes like tobacco, for instance—anti-tobacco activists have qualified an initiative for the November ballot that would go even further. The "California Healthcare, Research and Prevention Tobacco Tax Act of 2016" is, as its name suggests, all about hiking tax rates.

California has one of the nation's lower tobacco taxes. The initiative provides a $2 per pack tax boost on cigarettes (from 87 cents to $2.87). It raises taxes on other tobacco products by an equivalent amount. I'm no fan of tax increases. And sin taxes are regressive—they impose a particularly high burden on the poor. But at least advocates are trying to do something that might improve public health by discouraging the use of a dangerous product.

But this line in the initiative suggests the anti-vaping craze is mainly about the money: "Tobacco products also shall include electronic cigarettes." To be clear, the liquid that is heated and "vaped" is not tobacco, even though most—but not all—liquids contain nicotine. The nicotine is the point. Smokers are addicted to it. These products provide a safer way to get that fix—95 percent safer, according to Public Health England. If the initiative passes, the state will have another way to get its fix of taxes. In fact, the measure would boost taxes on vaping products by 320 percent, according to industry estimates.

The Legislative Analyst's Office explains the $1 billion a year in expected new revenues will go to replace lost tobacco-related revenues. A small portion will go to the Board of Equalization to administer the tax. Law enforcement will grab $48 million. The University of California will grab $40 million for "physician training." The Department of Public Health will get a $30-million cut and the state auditor will get some money to conduct audits.

"Many believe this misguided measure is driven more [by] money than protecting California's public health due to the fact that tobacco tax revenues are declining as adult consumption rates continue to fall," Joshua Kane, president of the California chapters of the Smoke Free Alternatives Trade Association, argued in his recent testimony to the Legislature. Only 4.3 percent of the current $1.52 billion in smoking-related excise taxes and settlements actually are spent on smoking prevention and cessation programs, he added.

That reinforces the cynics' view: The government wants its dollars. And so does the tobacco industry, of course. The Los Angeles Times obtained an email from a tobacco lobbyist suggesting the industry would pay up to $10 per signature to place a possible referendum on the ballot overturning the age-21 measure. It would have driven up signature costs and endangered this tax initiative and other proposals slated for the ballot. That's cynical politics, too.

Politics aside, the anti-vaping folks have one reasonable argument. They point to a University of Southern California study suggesting teens who try vaping are six times more likely to start real smoking. "This study, like a number of others quoted as saying that e-cigs are a gateway to smoking, only reflects the difference between teens inclined to experiment and teens not so inclined," argues Joel Nitzkin, a public-health physician and colleague at the R Street Institute. In other words, the "gateway" argument is a weak one.

The tobacco-tax initiative's backers say "an increase in the tobacco tax is an appropriate way to decrease tobacco use and mitigate the costs of health care treatment." It's true that a higher tax discourages smoking. So a higher e-cigarette tax would also discourage vaping, which happens to be a great way to stop smoking. The logic seems inescapable that hiking taxes on vaping products is more about revenue than public health.