Tyler Koteskey | From the July 2016 issue 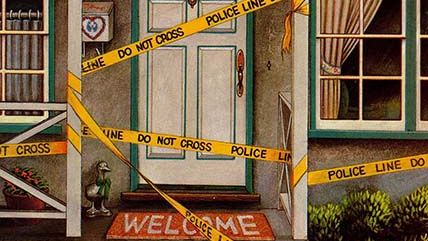 In the February 1998 issue of reason, Richard Seder documented the rise of America's powerful national teachers unions. The American Federation of Teachers and the National Education Association had grown to a combined 3 million members, making public school teachers the most unionized group in the country. Unfortunately, the price of this power was lower public school quality and less long-term innovation. "By controlling the process, the unions control the pace of change while dictating what those changes will be," Seder wrote, "whether or not they are in the interests of the teachers they represent."

Meticulously detailed contracts left principals without the flexibility to pursue new ideas. Uniform salary requirements kept those with high-demand skills, particularly in science, technology, and math, from earning more. Union opposition to merit pay prevented quality employees from being rewarded. That's no way to structure incentives for an education system.

Until recently, the Supreme Court looked poised to push back against the unions' grip. In Friedrichs v. California Teachers Association, several Golden State teachers challenged a law requiring non-union teachers to pay hundreds of dollars each year in mandatory "agency fees" that support collective bargaining. Lead plaintiff Rebecca Friedrichs argued that the fees violate their First Amendment rights by forcing them to finance political positions they disagree with. Public employee contract disputes over salary, class size, and pensions necessarily involve taxpayer dollars, she contended, and therefore they must be political. The California Teachers Association countered that collective bargaining is non-political because it benefits all employees.

Before Justice Antonin Scalia's death, all signs pointed to victory for the malcontent teachers. During oral arguments in January, Scalia noted that "everything…collectively bargained with the government is within the political sphere, almost by definition." But without his decisive fifth vote, the Court split 4–4 in March, reaffirming a lower court decision for the union. The decision creates no precedent, denying the unions a lasting constitutional victory. But for the foreseeable future, Friedrichs and company will have to keep supporting a group they oppose.

Tyler Koteskey is an education policy analyst at Reason Foundation.