Keep calm and carry on. 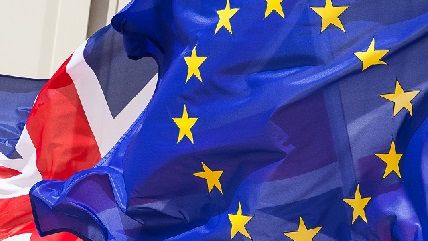 First, I have not been a supporter of David Cameron's "one nation conservatism," which eschews fundamental economic reform and embraces the "nanny state," but I applaud the Prime Minister for fulfilling his election pledge and giving the electorate the referendum that the people of Britain wanted for a very long time. Unlike a frightening number of commentators and politicians on both sides of the Atlantic who now castigate Cameron for being "irresponsible" (i.e., for making the mistake of consulting the British people), I commend him for behaving honorably. Equally honorable was his resignation. It would be nice if more Western leaders had the decency of resigning when the policies they passionately support are rejected by the electorate!

Second, some people have called for the British Parliament to ignore the E.U. referendum. The E.U. establishment had done something very similar in 2005. Back then, the people of Holland and France rejected the E.U. Constitution in national referenda. The E.U. ignored those votes, relabeled the E.U. Constitution as the Lisbon Treaty, and adopted the latter. Such is Europe's commitment to democracy! Strictly speaking, the British Parliament is "sovereign." It does not have to accept the results of the referendum. (As a side note, it is amusing to see the same people who thought of parliamentary sovereignty as arcane and irrelevant, and who were perfectly willing to sacrifice it on the altar of "an ever closer union," to evoke parliamentary sovereignty in order to stop Brexit.) Personally, I cannot imagine the Brexit vote being ignored. It would destroy both the Conservative party, which is by-and-large pro-Brexit, and the Labour Party. It was the supposedly disaffected Labour voters, after all, who proved to be crucial to Brexit's success in northern England.

Third, I do not think that Scotland will break away from the rest of Great Britain. First, the strength of the Scottish support for Brexit took many people by surprise. Some 38 percent of Scots voted to leave the E.U., well in excess of expectations. Second, over the last 18 months, the Scots were reminded of the vagaries of the oil market. To the extent that independent Scotland wished to rely on oil extraction in the North Sea, the Scottish budget balanced at $100 per barrel. The Scots know that they may never see those prices again, for as soon as the oil price recovers, large-scale fracking will come back online and, probably, push the oil price down again. Third, Scottish membership of the E.U. is not guaranteed, for Spain may veto Scotland's accession to the E.U. rather than create a precedent for its own restless provinces, such as Catalonia.

Fourth, Brexit does not augur the end of "globalization." The British people may not want open borders with the rest of the E.U. (more on that below), but they did not vote against free trade in goods and services. That is not unprecedented. Australia, New Zealand and Singapore are very successful participants in the global economy. Their trade with the rest of the world is by-and-large free. The same, however, cannot be said about their point-based immigration systems, which regulate the numbers and skills of would-be immigrants. Britain's current immigration system, in contrast, gives the right of residence in Great Britain to all 508 million citizens of the European Union. Brexit may lead to a point-based immigration system in Great Britain as well, but it will not lead to zero immigration or isolationism. The expansive British services industry will still need immigrants (even if they have to enter on a point-based system rather than as a matter of right) and British trade could actually expand (since Britain will acquire the right to conclude its own trade deals with the rest of the world).

Fifth, the question of immigration was important to the result of the referendum, but it was not the only reason for Brexit's success. The longing of the British people for self-determination and general disaffection with the "establishment" also mattered. Yes, the parallels between Brexit supporters and Donald Trump's supporters exist, but they should not be overemphasized. The crucial difference, it seems to me, is that all major figures on both sides of the British referendum were completely committed to free trade in goods and services, whereas Trump's supporters appear to be open to protectionism and the possibility of a trade war with other countries. That makes the American situation different and, potentially, much more dangerous than British exit from the European Union.