Gary Johnson: You Can Look at Brexit as a 'Catastrophe' or an 'Opportunity'

Three out of four presidential candidates have made a statement on Brexit. 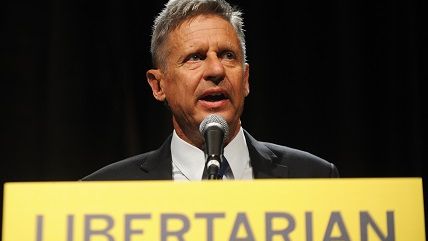 Libertarian presidential nominee Gary Johnson said the United Kingdom's vote to leave the European Union could be viewed "as some kind of catastrophic event, or as an opportunity," according to a statement released to the Washington Post.

"The sky is not falling, and when the dust settles, Britain's decision may very well prove to be a pivotal event in the reshaping of global relationships and trade that will, in the final analysis, benefit all of us," Johnson said in the statement. "We in the U.S. can either wring our hands, or view this moment of disruption as an opportunity to strengthen our own important ties to a Britain less encumbered by the E.U," which, he argued, had been "pulling Britain down a path to unsustainable entitlements and away from the opportunities the free market offers" and that it was "not surprising" voters rejected that direction.

The European Union began as a common market and was such when the U.K first joined in the 1970s and backed their membership by a referendum.

Presumptive Green party presidential nominee Dr. Jill Stein, like Johnson and Trump, also came out mostly supportive of Brexit, though did not focus on the role of the E.U. bureaucracy in influencing the decision, saying it was a "victory for those who believe in the right of self-determination and who reject the pro-corporate, austerity policies of the political elites in EU." She added that "the rejection was also motivated by attacks on immigrants and refugees, which must be opposed," and that that was a "defeat." Many pro-Remain Labour members of Parliament insisted the "Leave" vote, insofar as it came out their strongholds, was a referendum against the Conservative government's spending priorities (or "austerity" as the left calls the spending) and not the broader E.U.