Rather than moving students forward, it leaves them unprepared 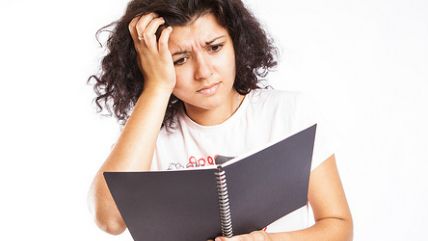 A new report by ACT—the organization the oversees university admissions tests—found that college instructors and employers are not satisfied with the Common Core Standards. Both groups feel the standards fail to prepare students for both college and the workplace.

The research is based on the ACT National Curriculum Survey, which asks educators at numerous levels which skills are valued in the classroom to promote success. This year was the first time the group collected a sample from the workforce.

In the study, 16 percent of college instructors said their incoming students were well prepared overall for college-level work, a decline from 26 percent from the 2009 and 2012 surveys.

In regards to writing skills, 47 percent of college instructors said students should be most proficient at generating sound ideas for writing prior to entering the classroom. This was not the case with middle and high school teachers, who polled 29 and 35 percent respectively in this category.

Another difference exists in regards to how to prepare students for STEM courses and careers. Middle and high school teachers ascribed high importance to mathematical skills. However, both college instructors and workforce respondents felt these skills were much less important.

The survey also showed critical gaps between what is considered in the workforce as necessary for success and what is actually included as part of the standards. For instance, employers ranked nonacademic skills like conscientiousness, problem solving, and technology higher than educators.

These individuals also reported valuing employees who have a unique skill set and interact with others face-to-face over written communication.

This is not the first time the effectiveness of Common Core has been questioned. In March, education researchers in California called for an end to high-stakes testing linked to the standards, adding there was no compelling evidence the initiative improves the quality of education or closes the achievement gap.

In a statement, ACT CEO Marten Roorda said these findings were not a condemnation of standards, but rather a showcase of data highlighting "the disconnect between what is emphasized in the Common Core and what some college instructors perceive as important to college readiness."

Yet considering Common Core was specifically designed to prepare students for college and the workforce, the standards themselves would appear to deserve some blame. Think of all the time and effort teachers spend trying to make students better prepared for the future—the future according to Common Core—just for it to be a complete waste.

Given that ACT voiced support for Common Core in 2009, one can guess why the organization pulled its punches.