The Increased Interest in the Libertarian Party Is Real

More are searching for information compared to this same time in previous election years. 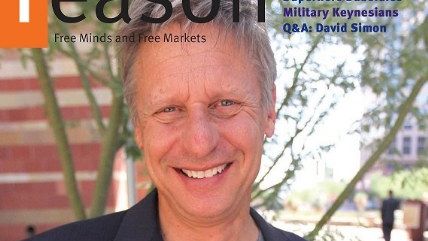 Yes, the media and public are paying more attention to the Libertarian Party right now.

The Google News aggregation feature right now is showing 180 recently posted articles and opinion pieces from media outlets about the Libertarian Party and its convention in Orlando this weekend. Combinations of search terms incorporating candidate Gov. Gary Johnson and the Libertarian Party are ranking among the top 100 trending searches. (As I type this sentence it is ranked ninth, but the trends are updated extremely frequently and it bounces around)

That's not even the full picture. Google Trends calculates that over the past seven days, there's been an accumulation of more than 650 news articles that reference the party (though keep in mind, thanks to wire services, this probably includes multiple publishings in different media outlets of the same piece). The Wall Street Journal notes that 250 reporters have requested media credentials for the convention, as opposed to the 10 or 20 who covered it in 2012. Stories about the convention are showing up on the Google News page as one of the top items in the U.S. news section and its list of "Most Popular" stories.

To get an even better sense of context I decided to take a look at Google search trends over time both for the Libertarian Party and for Gary Johnson back in 2012. What did the searches look like then?

What is clear from a look at Google's charts is that there is definitely an increased interest in Johnson and the Libertarian Party now compared to this same point in time in 2012. The Libertarian Party sees a spike in interest in searches as each presidential election approaches, reaching its highest points in October and November. Eminently logical.

Gary Johnson is also seeing a similar early development for his search spike. In 2012, even after nomination, interest in him didn't start taking off until August. He's already beating his August numbers from back then.

But before getting too optimistic, we need to take a look at 2004. There was an even greater interest in learning more about the Libertarian Party back then, and a spike in searches in October 2004 remains higher than any subsequent presidential elections, including Johnson's last run. In the end, though, the Libertarian Party's candidate, Michael Badnarik, finished fourth behind Ralph Nader.

But even so, searches right now for May are actually higher than the interest at this time in May 2004. If this trend continues, the Libertarian Party could very well set a new interest record.