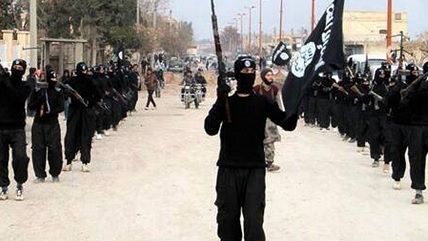 In 2014, a militant group calling itself the Islamic State, or ISIL, but more generally known as ISIS, burst into official and public attention with some military victories in Iraq and Syria in the middle of the year—particularly taking over Iraq's second largest city, Mosul.

From the outset, Sens. John McCain (R-Ariz.) and Lindsay Graham (R-S.C.) have deemed the group to be an existential threat to the United States. President Barack Obama has repeatedly insisted that this extreme characterization is overblown, but he has clearly lost the debate. A poll conducted a few weeks ago asked the 83 percent of its respondents who said they closely followed news stories about ISIS whether the group presented "a serious threat to the existence or survival of the US." Fully 77 percent agreed, more than two-thirds of them strongly.

However, although the vicious group certainly presents a threat to the people under its control and in its neighborhood, and although it can contribute damagingly to the instability in the Middle East that has followed serial intervention there by the American military, it scarcely presents an existential threat to the United States.

Actually, in fact, it seems to be in considerable decline.

Its coun­terproductive brutalities, such as staged beheadings of hostages, summary executions of prisoners, and the rape and enslavement of female captives have left it without allies and outside support—indeed, it is surrounded by enemies.

ISIS's ability to behead defenseless hostages certainly should not be taken to suggest its military might. And its major military advance, the conquest of Mosul in 2014, was essentially a fluke. Its idea was to hold part of the city for a while in an effort, it seems, to free some prisoners. The defending Iraqi army, trained by the American military at enormous cost to U.S. taxpayers, simply fell apart in confusion and disarray, abandoning weaponry, and the city, to the tiny group of seeming invaders even though it greatly outnumbered them—even taking into account the fact that many soldiers had purchased the right to avoid showing up for duty by paying half their salary to their commanders. The fall of a smaller city a few weeks earlier was similar. As the Chairman of the Joint Chiefs of Staff put it, the Iraqi forces weren't "driven out of Ramadi." Rather, "they drove out."

After its advances of 2014, however, the group's momentum has been substantially halted, and its empire is currently under a form of siege. And, by holding territory, it presents an obvious and clear target for airstrikes and other methods by military opponents.

Even by late 2014, it was being pushed back from a strategically-located area in northern Syria, and was finding that its supply lines were overstretched and its ranks of experienced fighters were being thinned. In late 2015, it tried to push back by launching three badly coordinated offensives in Northern Iraq using, among other things, "armored bulldozers." The offensives were readily beaten back. By 2016, it had lost some 40 percent of its territory overall, 65 percent of its territory in Iraq.

After a string of failures, ISIS is now in retreat in many areas, and frontline commanders are observing of ISIS that "They don't fight. They just send car bombs and then run away. And when we surround them they either surrender or infiltrate themselves among the civilians….Their leaders are begging them to fight, but they answer that it is a lost cause. They refuse to obey and run away." One local tribal leader says, "Every week they execute four or five members because they refuse to obey orders or try to turn against their leaders." More generally, concludes one analyst, "They are starting to fall apart. They're a small movement. If you bring them under pressure on half a dozen battlefields at the same time, they can't do it."

There may also be another problem for ISIS. By most accounts, their most effective fighters are those imported from Chechnya. Many of these arrived in early 2014 because, fearing terrorism at the time of the Sochi Olympics, Russian authorities were opening borders and urging them to leave. In the latter half of that year, however, the Russians reversed the policy. Overall, the flow of foreign fighters going to ISIS may have dropped by 90 percent over the past year even as opposition to the group among Arab teens and young adults has risen from 60 percent to 80 percent.  A poll conducted in January found that 99 percent of Shiite and 95 percent of Sunni Iraqis said that they opposed the group.

ISIS is also finding that actually controlling and effectively gov­erning wide territories is a major strain. And it has to work hard to keep people from fleeing its brutal lumpen caliphate. On close examination in fact, its once highly-vaunted economic capacity seems to be proving to be illusory. Even by late 2014, it was finding that there were major problems with providing services and medical care, keeping prices from soaring, getting schools to function, keeping the water drinkable. Indeed, conclude some analysts, ISIS is "extremely unlikely to be sustainable from a financial perspective. Its economy is small compared to its enemies, its institutions are not conducive to economic growth, and it is reliant on extractive industries that in all other non-democratic countries foster the creation of kleptocratic elites….Even if it endures as a fragile state, it will be vulnerable to internal strife."

In 2016, there have been increasing reports of "financial strain," as well as of "clashes among senior commanders over allegations of corruption, mismanagement and theft." The tax, or extortion, base was much reduced as it lost territory, oil sales were disrupted, and the huge cash windfall from the seizure of banks during the group's season of expansion in 2014 was now "mostly gone." In late 2015, ISIS was forced to reduce the salaries of its fighters by half; those salaries, it appears, constitute two-thirds of the group's operating budget.

A major fear is that foreign militants who have gone to fight with ISIS would be trained and then sent back to do damage in their own countries. However, this may well prove to be a quite limited phenomenon. As researchers have detailed, foreign fighters tend to be killed early (they are common picks for suicide missions); often become disillusioned, especially by in-fighting in the ranks; and do not receive much in the way of useful training for terrorist exercises back home.

At least some of those in the small group that perpetrated the Paris attack of November 2015 and the one in Brussels a few months later may have received training and/or support from ISIS. The returnees may include the Paris plot's apparent ringleader, now dead, who, earlier in the year, had tried several times to institute terrorist acts in the area, none of which succeeded. His success in November may have made up for this, but his failure rate still remains high. However, these attacks seem to have been an act of revenge or retaliation rather than a major change in policy. As a post-attack ISIS video put it, "As long as you keep bombing you will not find peace."

In a reactive pose that has become routine, the group has claimed responsibility for—or, more accurately, boorishly celebrated—tragic ventures abroad like those in Paris and Brussels. But there is little indication ISIS central planned or significantly participated in them. Indeed, when ISIS claimed that the attackers "opened fire" with "automatic rifles" in Brussels, it was repeating errors that were in the initial reporting from the scene.

The attacks in Paris and Brussels seem to have been contrived, after quite a bit of trial and error, by a quite small band, or network, of people. Whether these attacks, like 9/11, will prove to be an aberration rather than a harbinger remains to be seen. But they would have to be much more frequent, destructive, and widespread to even begin to threaten overall civil stability.

Fears have also focused on the dangers presented by potential homegrown terrorists who might be inspired by ISIS's propaganda or example. As the Paris, San Bernardino, and Brussels attacks tragically demonstrate, potential targets for dedicated terrorists—peaceful aggregations of civilians—remain legion. However, as one terrorism specialist notes, "lone wolves have carried out just two of the 1,900 most deadly terrorist incidents over the last four decades." Existence is unlikely to be upended by such minor miscreants—or even challenged.

Moreover, failure on the battlefield may well have a dampening effect on enthusiasm. The seeming successes of ISIS in 2014 inspired a considerable amount of terrorist plotting by exhilarated locals in the United States during 2015—almost all of which were complete, and mostly boneheaded, failures. But there seem to have been few such cases in 2016. The trend for Americans seeking to join ISIS is also decidedly downward. In this connection, there has been a trendy concern about the way ISIS uses social media. However, as several analysts have pointed out, the foolish willingness of would-be terrorists to spill out their aspirations and their often-childish fantasies on social media has been, on balance, much to the advantage of the police seeking to track them.

ISIS may be in clear decline, but, as with al-Qaeda in the decade and more after 9/11, the fear and alarm it has generated since 2014 in the United States is likely to persist even if the group is effectively extinguished as a physical force in the Middle East. Because of the special formlessness, even spookiness, of terrorism's hostile foreign referent in this case, it may be exceptionally difficult to get people to believe that the threat has really been extinguished—or at least that it is no longer particularly significant.

And to the degree that the public remains terrorized, it seems likely to continue to demand that its leaders pay due deference to its unwarranted insecurities. Because of this, they seem incapable of pointing out, for example, that an American's chance of being killed by a terrorist is one in 4 million per year.

Even Obama's almost embarrassingly modest suggestion that ISIS does not present an "existential" threat to the US—"blindingly obvious" as one security specialist puts it—has clearly failed to sell. Obama is reportedly ready to go further, but he hasn't summoned the political courage to do so, perhaps because he has come to believe, in the words of one observer, that "it's not good politics to display your irritation with the American people."

It seems likely, then, that the misoverestimation of terrorism and of the threat that ISIS presents will continue apace.

Mueller and Stewart's book Chasing Ghosts: The Policing of Terrorism was published earlier this year.

John Mueller is a political scientist at Ohio State University and a Senior Fellow at the Cato Institute.g

Mark Stewart is an engineer and risk analyst at the University of Newcastle in Australia.