'The team is not there to pass judgment.' 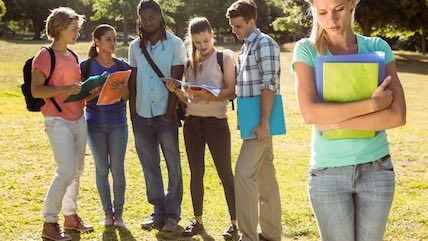 University bias response teams—which investigate students and faculty members accused of telling insensitive jokes or making offensive remarks—are humorless, illiberal, and dangerous. But the University of Oregon is proud of the work its BRT is doing.

"The university's Bias Response Team works hard to assist students and others who feel that they have witnessed or been the victim of bias," UO spokesperson Tobin Klinger told The College Fix.

As I previously reported, UO's BRT routinely ignored the free speech rights of students and informed on them to disciplinary authorities for incredibly small, slight instances of insensitivity. A professor who made a joke about sexual assault, for instance, was reported to the Office of Affirmative Action.

But it's not the BRT's job to decide whether a perceived bias is valid, says Klinger:

"While some of those cases may seem outside the typical way that people think about bias, the university takes seriously its obligation to perform due diligence on behalf of all students," Klinger continued. "The team is not there to pass judgment whether the person making the report should or should not feel that they were the victim of bias. The team is there to review the situation and determine if there exists an opportunity for education and dialog."

Over at The Daily Beast, I argue that these bias response teams—a growing presence on college campuses—are a force for speech repression:

No doubt some proponents of good manners will cheer this news and wonder why anyone would complain about colleges encouraging students to be better behaved. But college isn't kindergarten: Administrators at public universities do not have the right to bully their impolite students. On the contrary, students and faculty members enjoy broad First Amendment protections. And if they are afraid to speak their minds, the dialogue on campus will suffer.

Which is not to say that rude and hostile students should live free of consequences. By all means, let their friends and neighbors shame them. It may even be appropriate to teach them to change their views. But the right place for such an undertaking is the classroom, and the correct educational vehicle is the professor. When professors are free to criticize their students, and students are free to defend themselves, a beneficial exchange of ideas can take place. Everybody walks away better informed.

The anti-bias bureaucracies are an entirely different animal, since their authority stems from the university administration itself. Students who are called before a bias tribunal are at an enormous disadvantage, and will feel like their continued enrollment requires deference to the authority figures.