This Used To Be a Helluva High-Trust Country, But Our Leaders Are Destroying That

There's simply a huge cost when officials and politicians lie all the time. 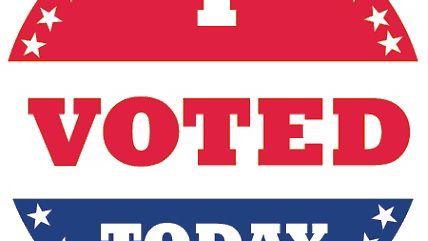 In Easy Rider, a movie about disillusionment and the failure of hippies to build their dream-country on a solid foundation, Jack Nicholson's character George Hanson says, "You know, this used to be a helluva good country. I can't understand what went wrong with it." In the movie, Hanson, a civil rights lawyer, gets beaten to death, and the flick's protagonists, Captain America and Buffalo Bill (a.k.a. Wyatt and Billy, played by Peter Fonda and Dennis Hopper) also get killed. Because they deserved it, in the dramatic logic of the movie, at least (Wyatt and Billy finance their early retirement by selling drugs, which goes to show how square even alternative Hollywood is).

Anyhoo, flash-forward (just like in Easy Rider!) to the current moment and ask yourself: What went wrong with America? Writing in USA Today, Glenn Reynolds of Instapundit and University of Tennessee Law School, has part of the answer: Our leaders are such obviously lying bastards that we are becoming a "low-trust society."

The CIA's "accident" [in destroying the only copy of a three-volume "torture report"] was only the latest in a long rash of "accidental" losses of incriminating information in this administration. The IRS — whose Tea Party-targeting scandal is now over 1,100 days old without anyone being charged or sent to jail — seems to have a habit of "accidentally" destroying hard drives containing potentially incriminating evidence. It has done so in spite of court orders, in spite of Congressional inquiries and in spite of pretty much everyone's belief that these "accidents" were actually the deliberate, illegal destruction of incriminating evidence to protect the guilty.

Then there's Hillary's email scandal, in which emails kept on a private unsecure server — presumably to avoid Freedom of Information Act disclosures — were deleted. Now emails from Hillary's IT guy, who is believed to have set up the server, have gone poof.

"Destroy the evidence, and you've got it made," said an old frozen dinner commercial. But now that appears to be the motto of the United States government.

Back in the midst of the financial crisis, Gonzalo Lira looked at how people were responding to the mortgage meltdown and warned of a coming middle-class anarchy. He wrote:

"A terrible sentence, when a law-abiding citizen speaks it: Everybody else is doing it — so why don't we? … What's really important is that law-abiding middle-class citizens are deciding that playing by the rules is nothing but a sucker's game.

It's even worse than people cheating when trust evaporates: Citizens in low-trust societies routinely call for more government regulation and intervention, even though they don't have any confidence in officials. Consider these findings, based on the work of Philippe Aghion, Yann Algan, Pierre Cahuc, and Andrei Shleifer:

In "low-trust countries"… citizens "support government regulation, fully recognizing that such regulation leads to corruption." As an example, they point to differing attitudes toward government-mandated wages in former socialist countries that transitioned to market economies. "Approximately 92 percent of Russians and 82 percent of East Germans favor wage control," they write, naming two low-trust populations. In Scandinavia, Great Britain, and North American countries, where there are higher levels of trust in the public and private sectors, less than half the population does.

Yeah, this used to be a helluva good country. Until we allowed our leaders to get away with bullshitting us to our faces. And given that the general 2016 election has yet to begin, things can only go downhill from here.