Bankruptcy and the Case for Puerto Rico's Independence

The island commonwealth and the U.S. would benefit from giving each other more space and more freedom. 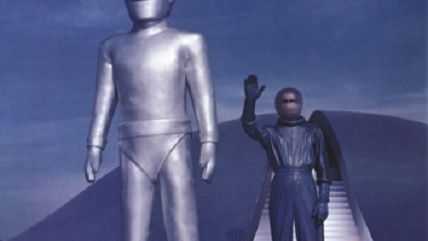 Puerto Rico has defaulted on its public debt, which is about equal to its GDP. There are many reasons for why the U.S. commonwealth can't pay its bills these days and first and foremost is that the island's public sector is swollen beyond health with public-sector jobs and benefits.

But part of the reason is that the cost of living is artificially made more expensive due to it being part of the United States. Not only does that mean Puerto Rico has to follow a whole host of labor regulations, including a minimum wage set for wealther areas, but it has to put up with abominations such as the federal Jones Act, which "which requires shippers to use costly U.S. flagged ships that result in Puerto Rican consumers paying artificially higher prices for goods."

Puerto Rico's debt obligations have reached $72 billion (roughly equal to the size of its entire economy), and thanks to lavish benefits given to government employees over the decades, it faces more than $40 billion in unfunded liabilities. The island defaulted on $400 million in debt service payments at the beginning of May, and the prospects of it making good on another $1.9 billion in early July look bleak unless it works out agreements with creditors or the federal government gets directly involved.

They note that whatever debt relief package gets passed, it will likely tighten controls over the island's economy and strengthen Washington's hand. De Rugy and DeHaven argue that it's time to rethink Puerto Rico status as a U.S. commonwealth, for its health and that of the United States:

Over 100 years [after the Spanish-American War, which brought Puerto Rico under American control] the United States' federal government finds itself with a virtual military empire that, when all related costs like veterans' benefits are factored in, soaks taxpayers close to $800 billion a year. That's a lot of money to effectively subsidize the defense needs of wealthy allies and exert control over foreign populations for the ostensible purpose of "spreading democracy." And not coincidentally, the tentacles of the federal government can be found in virtually every aspect of our lives. After all, federal involvement in everything from education to the federal highway system has been justified on dubious "national security" grounds.

So, while raising the question of Puerto Rican independence might seem quaint, its prominent place in the news is at least an occasion to recognize that big government abroad and big government at home are two sides of the same coin. Relinquishing control of Puerto Rico would be a significant step toward a badly needed downsizing of the federal government.

Back in 2012, Matt Welch interviewed then-Gov. Luis Fortuno, whose spending cuts had helped to prevent Puerto Rico from becoming "America's Greece." After taking a hatchet to the state workforce, Fortuno was voted out of office and, well, here we are.

Take a look below or read this conversation between Welch and Fortuno.