University of Missouri administrators forced the team to accept weak players, for equality. 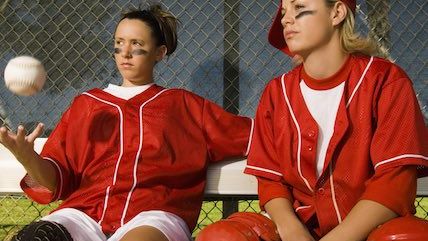 The purpose of Title IX—the federal statute wreaking havoc on campus free expression and due process—is to ensure equality between male and female students. You would therefore expect female student-athletes to be grateful that the law protects their rights and guarantees them equal access to school resources.

But the University of Missouri women's softball team is currently staging a rebellion against the administration—because they think Title IX is destroying their sport.

The situation at Mizzou is complicated, and involves considerable ill will between some members of the softball team, other members, the coaching staff, and the university administration. But the gist of the problem is Title IX. Female athletes essentially claim that university administrators, citing Title IX, have forced the team to bring on under-qualified players. This has in turn reduced the amount of game time enjoyed by more skilled players.

Why is Title IX the culprit? Administrators don't want the federal government to accuse Mizzou of violating federal law, so they have to make sure the softball team is big enough. They don't want it to look like the school is giving more support to the boys' team than the girls' team.

According to The College Fix:

In an undated letter to Rhoades, the Unity Council blames Title IX-inflated roster sizes for "lack of playing time or poor individual performances" resulting in player complaints against [Coach] Earleywine. They say Earleywine's critics on the team are "looking for a person to blame" for their lack of performance and play time.

"This large roster size is not Coach E's doing, but is required due to Title IX rules regarding women's athletics," the letter says.

Involved parties clearly recall the football team's successful display of solidarity with aggrieved students of color last autumn, which led to the resignation of Mizzou's president. The administration would like to avoid a similar incident with the softball team.

But this story is useful as a reminder that laws have unintended consequences—particularly when they are misinterpreted by overzealous bureaucrats or broadened far beyond their original scope.