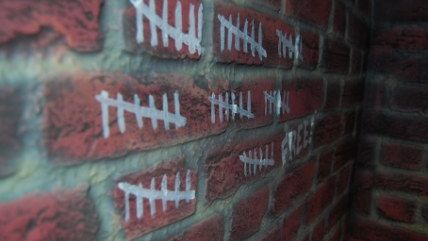 Though Maryland Gov. Larry Hogan vetoed bipartisan efforts to reform the state's asset forfeiture and drug laws in 2015, a new push has succeeded. Yesterday Hogan, a Republican, signed a bill that tightens the rules for civil asset forfeiture (the mechanism by which police seize and keep assets and property from people suspected of crimes) and also the Justice Reinvestment Act, which reduces the state's prison population and potentially reduces sentences for drug and non-violent offenses.

The asset forfeiture bill, HB 336, is modest in scope, but will nevertheless improve the situation for anybody caught up in the system. It raises the standard of proof for seizing property to "clear and convincing evidence." Because asset forfeiture is often a "civil" not criminal process, officials don't generally have to prove guilt "beyond a shadow of a doubt" like they do in criminal trials, making it easier to take somebody's property than it is to actually convict him or her. In order to seize a citizen's principal home in Maryland, though, officials actually will have to get a criminal conviction. That's an additional new requirement in the law. The law also eliminates cash forfeitures for simple drug possession cases, but maintains it for trafficking arrests.

The new rules also forbid the transfer of seized cash to federal agencies unless the amount seized is more than $50,000. This is an attempt to prevent law enforcement agencies from bypassing the tighter state rules by turning to the federal Equitable Sharing Program at the Department of Justice. This federal program has looser rules than state laws, and as a result we're seeing more and more law enforcement agencies attempt to use the federal program to keep what they seize. (A pack of representatives just introduced a bill to try to make the federal rules less prone to abuse.) Unfortunately, there's an exception in the law to allow for a transfer if there's a federal warrant involved, and the Institute for Justice warns that this loophole could be pursued even more frequently to bypass Maryland's new restrictions.

The Justice Reinvestment Act is estimated to reduce Maryland's state prison population by more than 1,000 over 10 years and to save the state $80 million dollars (that will be spent on other programs). The new law allows for earlier releases of those convicted of non-violent drug offenses and thefts under $1,500. It completely eliminates mandatory minimum sentences for nonviolent drug offenses. It leaves the sentence ranges intact, though, giving judges the discretion over how harsh to be. Mandatory minimums will remain for violent drug-related crimes. It will also significantly increase the types of crimes (from nine to 50) that can be wiped from an offender's record.

Read more about the provisions of the Justice Reinvestment Act here. Both of these laws ended up a bit more modest but they could have been, but the reforms are valuable and needed.