I've voted for Republicans for president before. No more. 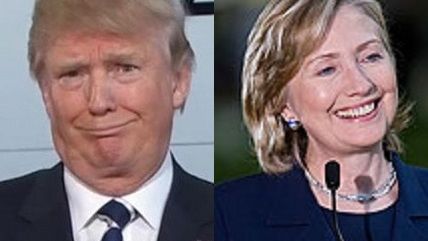 Although my personal political philosophy is libertarian, like most people, over the years I have surrendered to the binary choice our two-party system gives us when casting my vote in presidential elections. I almost always find myself settling for a "lesser of two evils," but the "evil" is not so great as to prevent me from rationalizing what amounts to, by my vote, an endorsement or affirmation of the candidate.

Because at least rhetorically, the Republican party candidate promises a greater commitment to limited, constitutional government, entitlement reform, tackling the national debt, and a belief in the benefits of free trade, I have voted for the Republican candidate for president ever since Ronald Reagan. The Republicans repeatedly disappoint on matters of foreign policy, seeing the US as world policeman. But the Democrats fare little better on foreign policy—sometimes even worse. So foreign policy as a vote-determining factor between the two major parties tended to be a wash for me. I often profoundly disagree with the Republicans on many of the "culture war" and so-called social issues, but I have had confidence that our Constitution and judiciary will defend against any overreach by Republicans in that area.

So as a matter of practicality, I have tended to base my vote on the differences between the two major party candidates on matters of economic liberty and commitment to the principles of federalism and limited government. I recognize the politicians in both political parties have differing promises but similar results: bigger government, greater debt, less individual liberty. But I use the party platforms and the candidates' rhetoric to help in my rationalization (some would say self-delusion) that I am voting for someone who will, at best, move things in a better direction or, at worst, be a lesser of two evils that I can live with.

Not so this year. The 2016 offerings of both major parties are so flawed, so authoritarian, so inclined to disregard the Constitution, the Bill of Rights, and expand executive power, that even "pretzel logic" will not allow me to rationalize a choice between them.

I still wish to participate in the electoral process. Choosing not to vote is always an option. But I prefer to express my opinion in a less passive manner. Not voting certainly provides the satisfaction of knowing that I did not sanction or legitimize the offerings of the two major parties. But that satisfaction is only personal and private. I want to more actively make my views known. Using the following chain of logic, I have found a positive way to express myself through, what I believe, is the most effective allocation of my vote in November:

4) If the Libertarian candidate gets say, 5 percent of the vote, then that clearly means that 5 percent of the voters chose a candidate that they KNEW had absolutely no chance of winning, rather than choosing the lesser of two evils. What's more, they chose the candidate with the most pro-freedom, pro-Constitution, pro-Bill of Rights program. That sends a clear message.

5) By casting my vote for the Libertarian presidential candidate, my vote is actually more meaningful and makes more of a statement.

My conclusion: Voting for the lesser of two evils is statistically and strategically wasting my vote. I will vote Libertarian for president this year. This rationale does not necessarily apply to how I will vote in the down ballot races, where my vote has a greater numerical impact, I have a greater ability to directly communicate my views, and I might have less marked dissatisfaction with many of the candidates.

I offer my line of reasoning as a guide to others who might be agonizing over their decision this year.

Jeffrey A. Singer practices general surgery in Phoenix, Arizona, and is a senior fellow at the Cato Institute.