The Office of Inclusive Excellence Sounds Like a Cult

Milo Yiannopoulos elicits predictable condemnation from the University of California-Irvine. 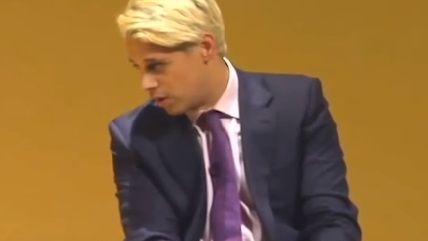 The University of California-Irvine's vice provost for academic equity, diversity and inclusion wants everyone on campus to know that he is very distressed about the appearance of some politically incorrect posters on campus. Safe spaces are available, he says.

Yiannopoulos's shtick involves deliberate provocation. One could even say that he is trying to reclaim faggot, a word that understandably offends a lot of people, although context should matter.

But Vice Provost Douglas Haynes, who heads the Office of Inclusive Excellence, branded these expressions "forms of bias," (a serious allegation at a college campus) and reminded students that "bigotry has no place on campus." His email is worth reading in full. Here it is, courtesy of The Tab:

"By expecting equity, supporting diversity and practicing inclusion, each of us can fortify our collective sense of community."

"One way to strengthen the bonds of community is to utilize the programming resources that the LGBT Resource Center sponsors. I myself benefited from Safe Zone training."

"There are now hundreds of staff and faculty who have completed this training. There is always room for more allies."

Two things. First, Haynes' eager repetition of meaningless buzzwords—Inclusive excellence! Collective sense of community! Ideological re-programming!—is both humorous and a little creepy, when one considers that his goal is to eliminate controversial expression from campus.

Second, I might have expected the Office of Inclusive Excellence to support, well, inclusion: inclusion for pro-LGBT activists, inclusion for people like Yiannopolous who have a different opinion on the issues, inclusion for everybody. In UC-Irvine's usage, inclusion appears to mean conformity (the better for "fortifying our collective sense of community," I guess.)

I've said it before, and I'll say it again: look, college administrators, 1984 was supposed to be a warning, not an instruction manual.

(Disclaimer for the easily misled: I emphatically disagree with Yiannopoulos on a great many things—including the merits of Donald Trump, immigration policy, and whether the alt-right is just a bunch of racists—which is all the more reason to engage him.)