"Our report should never have been read as an exoneration of Saudi Arabia," says former Reagan administration Secretary of the Navy John Lehman. 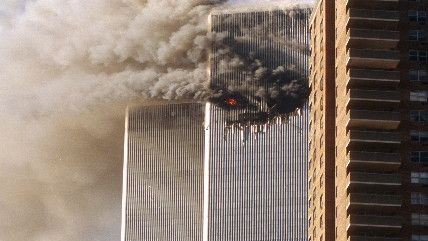 John Lehman, a former Reagan administration Secretary of the Navy and one of five Republican commissioners on the 11-member 9/11 Commission, has broken ranks by plainly asserting his belief that a number of Saudi government officials helped provide a support system for the 19 hijackers.

Lehman told The Guardian that the secret "28 pages" of a joint congressional inquiry into 9/11 contain "an awful lot of participation by Saudi individuals in supporting the hijackers, and some of those people worked in the Saudi government." He added that the commission's chairman, former Gov. Tom Kean (R-N.J.), and vice-chairman, former Rep. Lee Hamilton (D-Ind.), had engaged in a "game of semantics" when they recently asserted that only one Saudi government worker had been "implicated" in the attacks.

In Lehman's view, "There was an awful lot of circumstantial evidence" and he regretted that many, including the Saudi government, read the commission's final report as "an exoneration of Saudi Arabia." Senior Saudi government officials and the royal family were not implicated in the attacks, according to Lehman, but he said "at least five" Saudi officials were "strongly suspected" of supporting the 9/11 terrorists.

One 9/11 commissioner who requested anonymity told The Guardian of heated arguments among commissioners and staffers over how the intelligence pertaining to any Saudi connection with the attacks appeared in the final report:

In fact, there were repeated showdowns, especially over the Saudis, between the staff and the commission's hard-charging executive director, University of Virginia historian Philip Zelikow, who joined the Bush administration as a senior adviser to secretary of state Condoleezza Rice after leaving the commission. The staff included experienced investigators from the FBI, the Department of Justice and the CIA, as well as the congressional staffer who was the principal author of the 28 pages.

Zelikow fired a staffer, who had repeatedly protested over limitations on the Saudi investigation, after she obtained a copy of the 28 pages outside of official channels. Other staffers described an angry scene late one night, near the end of the investigation, when two investigators who focused on the Saudi allegations were forced to rush back to the commission's offices after midnight after learning to their astonishment that some of the most compelling evidence about a Saudi tie to 9/11 was being edited out of the report or was being pushed to tiny, barely readable footnotes and endnotes. The staff protests were mostly overruled.

Unsurprisingly, Zelikow remains staunchly opposed to releasing the "28 pages" now, having recently told NBC News that the classified pages "provide no further evidence" not already in the public domain and that their declassification would "only make the red herring grow redder."

Former Sen. Bob Graham (D-Fl.), who was part of the congressional inquiry which produced the "28 pages" and who has long advocated for their release, wrote in a Washington Post op-ed yesterday that the "the American people [have] all the authority and capability needed to review the 28 pages and determine the truth." There are increasing bipartisan efforts in Congress to "require declassification" of the pages within 60 days.

President Obama has been non-committal about whether or not he would order the release of the pages, and he has threatened to veto a proposed bill which would strip foreign officials of immunity from lawsuits related to terrorism.