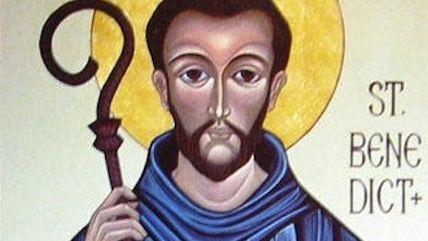 For several years now, the conservative writer Rod Dreher has been calling for something he calls the Benedict Option, in which cultural traditionalists focus less on trying to remold the federal government or other mass institutions and instead "concentrate on building local forms of community within which to live out their beliefs." At some point he noticed the Free State Project, which aims to bring libertarians to New Hampshire and enhance the area's antistatist instincts. This struck him "as a libertarian version of the Benedict Option."

So he sat down for a conversation with Free State Project founder Jason Sorens, and they compared and contrasted their two exercises in applied pluralism. The American Conservative has published their dialogue, and it makes for interesting reading. Here's an excerpt:

RD: I'm working on a book about the Benedict Option now and meeting people from all over who are engaged in the kind of community-building you're talking about, but in an orthodox Christian vein. For Ben Op Christians, we must live in the world, but in order to live in the world as Christians, and to be for the world what our faith tells us we must be, salt and light, we have to live in a different way.

JS:…In the Free State Project, we're united by a common political philosophy but not necessarily a common morality. Trusting that your fellows will respect your rights is an essential prerequisite for association, but it's not a sufficient condition. As a result, the "Porcupine community"—after our logo, we use the term "Porcupines" or just "Porcs" for Free Staters who have moved and local liberty lovers who may not ever have signed up for the FSP—subdivides into various subcultures and smaller communities….

There's a certain tolerance that goes along with this polycentricity. Orthodox Christians go to political or social events organized by polyamorous atheists, and vice versa—not that tolerance implies acceptance. You know that you'll be working alongside people in one area while disagreeing with—and even not wanting to associate with—them in some other area, and so you learn how to get along and support each other.

You can read the rest here, and you can see my review of an earlier Dreher book here.