Congrats to Elizabeth Nolan Brown for her winning cover story on sex work and prohibition. 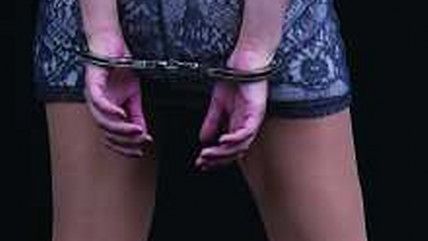 Congrats to Elizabeth Nolan Brown, who took this year's Western Publishing Association (WPA) award for best feature with her totally excellent "The War on Sex Trafficking Is the New War on Drugs" from Reason's November 2015 issue.

Here's one of Brown's bang-up passages from the prize-winning piece:

In a world with no gray areas—one where traffickers are always evil predators and victims always utterly helpless, where sex workers are never ambivalently engaged with their work, and the bright line between teendom and adulthood is always apparent and meaningful—in this world, the raid-and-rescue model of addressing sex trafficking may make some sense. You don't give a girl chained to a bed a condom and call it a day.

But in the world as it exists, sometimes a 17-year-old runaway chooses prostitution because it's better than living in an abusive foster home. Sometimes a sex worker gives all her money to a man because she loves him or thinks she needs him, or that he needs her. Sometimes a struggling mother doesn't love the sex trade, but finds it the best option to feed her kids. Sometimes an immigrant would rather give hand jobs to strangers than face whatever drove her to leave her own country. Harm reduction strategies like handing out condoms in popular prostitution areas, offering STD tests, or even just facilitating online advertising (rather than street work) could prove lifesaving to these women.

Yet when it comes to the way we talk about commercial sex, you have to be a victim or a predator. We've created a narrative with no room for nuance. We traffic not in facts but in melodrama.

Reason picked up six nominations this year in our category (consumer mags with a circulation of less than 75,000) from the WPA, which comprises magazines and weekly newspapers and websites headquartered west of the Rocky Mountains.

Of course, none of this award winning journalism would be possible without your generous support of the Reason Foundation, the 501(c)3 nonprofit that publishes Reason. So thanks!

You can always donate more at this link, or go shopping, or simply subscribe to the goshdarned magazine!