Other guests include Ann Coulter, Dan Savage, and Bryan Cranston. Topics include Trump, Hillary, and the curious rise of anti-free-trade sentiments. 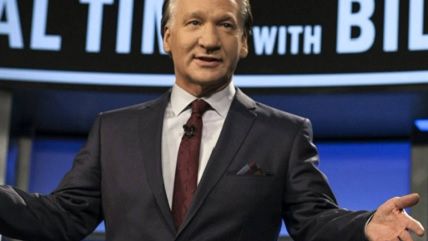 In just a few hours, I'll be on HBO's Real Time with Bill Maher. I'm set to appear with anti-Mexican right-wing best-seller and over-the-top Trumpina Ann Coulter; progressive Hillarian and path-breaking sex-advice-columnist Dan Savage; and the great actor Bryan Cranston, best-known as Walter White in Breaking Bad, the father in Malcolm in the Middle, and the dentist Tim Whatley on Seinfeld.

Though the final topics are subject to change, we'll be talking about Donald Trump's big win, why Hillary Clinton is also terrible (well, at least I will), and how the hell both Dems and Reps are now officially against free trade.

The show airs at 10 P.M. ET on HBO and then several more times over the weekend.

Viewing tip: Whether you have HBO or not, you can follow along in real time on Twitter at @realtimers and whatever hashtag gets set for tonight. People can be so mean—and often very funny—when they encounter libertarian ideas in novel settings.

I was on Real Time four years ago and got into a pretty good fight with Rachel Maddow and Maher himself over the Fast and Furious gun-walking scandal, partisanship, and basically everything else. Here's part of that show: