Funding Ideology, Not Research, at University of California 'Labor Institutes'

An effort in the legislature to urge UC regents to refrain from expanding labor institutes to UC-Irvine met with union opposition. 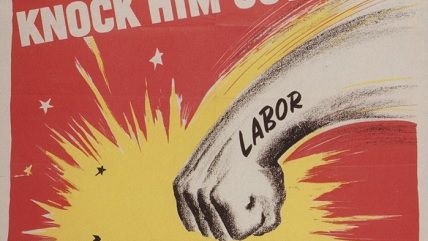 One of the ongoing stains on the integrity of the University of California system is its publicly funded labor institutes. They are union-controlled "think tanks" that are about engaging in left-wing political activism rather than balanced thinking. They churn out one-sided studies that provide fodder for union political objectives. Their most recent efforts gave cover to California's decision to boost the minimum wage to $15 an hour by 2022.

It's not enough such institutes exist at UCLA and Berkeley. Now, a similar institute may be headed to UC Irvine. "Recently, labor leaders, the UC Irvine's law school Dean Erwin Chemerinsky and community advocates, such as former state Sen. Joe Dunn, came together and began working to establish the UCI Community and Labor Project," wrote the Orange County Employees Association's general manager, Jennifer Muir, in a Register column last month.

Universities are rightly home to varying ideologies and research. But it's wrong to publicly fund a think tank that engages in bald-faced advocacy for one particular group. Union leader Muir found it "disturbing" that Assemblyman Matt Harper (R-Huntington Beach) introduced Assembly Bill 2302 that merely urged the UC regents to "refrain" from forming such a center at Irvine.

"Don't we want our young people to be exposed through the educational system to various ideas about how to address these issues?" Muir asked. I'm guessing the university's world-class economics and political-science departments can handle the task of evaluating various labor-related policies. But it's really disturbing to suggest these think tanks provide "various ideas" about anything. They provide ideas with the union stamp of approval.

"Far from what should be expected from academia, the institute doesn't even hint at a non-partisan agenda and regularly not only trains union organizers (presumably for political purposes) but also authors biased studies," wrote the Howard Jarvis Taxpayers Association's legislative director, David Wolfe, in a letter supporting the Harper bill.

Note the people behind this effort: labor leaders, community activists, a labor-allied former legislator, state labor lobbyists. Check out the advisory board at the UC Berkeley Labor Center. Virtually every member has a union affiliation. As Harper rightly notes, they are "partisan operations."

Let's say a powerful business organization convinced a legislature in a conservative state to fund studies and research that advanced their political aims. What would we say about that? Everyone has a right to do advocacy work. But should taxpayers fund it? Should it carry the imprimatur of a prestigious state university system?

It's no surprise the Democratic-controlled committee rejected Harper's effort. Strangely enough, the legislative analysis and the UC lobbyist said they weren't aware of plans to expand the institute to Irvine. But a California Federation of Teachers official echoed what Muir said—the gears are in motion to start such a think tank in Irvine.

State funding has been controversial, but the institute still receives direct public funding. It's also dismaying seeing UC's reputation sullied by such priorities. But the real problem is the nature of the research— and the effect it has on political debates across California.

"A new study found that a quarter of the region's workforce would see a 20 percent pay bump if Santa Clara County upped the minimum hourly wage to $15 by 2019," according to a report last week in a San Jose business publication. The county paid $100,000 to—you guessed it—a labor institute to provide such a rosy prediction. The study gave like-minded elected officials political cover.

I first came across the institutes in 2010 when the Berkeley institute produced a study suggesting that public-sector workers receive lower overall compensation than private-sector workers, despite their exceedingly generous pensions. I consulted experts and was astounded by its shortcomings. Take a look at the titles of institute studies. They drip with union bias.

California unions have myriad financial privileges. The state automatically deducts dues payments from public members. Workers must join the union to keep their jobs. Unions are the most powerful lobbies in Sacramento. If they want to produce research that backs their point of view, good for them. But why should taxpayers fund it? Why should the UC system lend credibility to a union group that promotes policies that force it to raise tuition and cut back on education services? Why should Orange County be forced to host one?