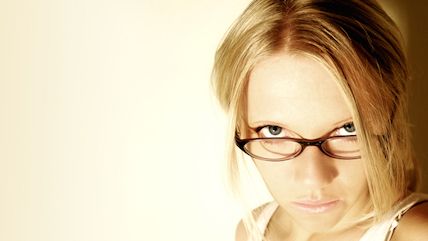 Critics of the current intellectual climate at university campuses believe classrooms are indoctrination camps where left-wing academics brainwash students into becoming social justice activists. They are mistaken. The most pernicious and questionably legal forms of indoctrination aren't happening in the classroom at all, and are primarily driven by administrators rather than professors.

Oregon State University provides a good example. The campus has plans to implement a new training program for incoming freshmen in the fall of 2016. Dr. Angela Batista, the campus's interim diversity officer, sent an email to students earlier this week asking them to review the proposed training program. This training is ideological by its very nature: students will complete on-line modules in "social justice learning," "diversity," and "inclusivity."

"This training initiative is intended to provide all students entering Oregon State University an orientation to concepts of diversity, inclusion and social justice and help empower all OSU students to contribute to an inclusive university community," according to the proposal.

The modules will brief students on the history of social justice activism at Oregon, stress the importance of diversity and inclusivity, and provide students with resources to "incorporate the pursuit of social justice within their university experiences." It will let them know about the Bias Response Team, which provides a website where students can report each other for perceived harassment.

The BRT's latest efforts make clear what kind of nonsense counts as a "bias incident." The team has been studiously investigated the appearance of chalk messages on campus. These messages targeted "Muslims and immigrant communities." It seems likely they were actually pro-Trump messages, since Batista also felt the need to reluctantly clarify that Oregon "does not oppose any particular political candidate." Nevertheless, students are encouraged to report chalk drawings that offend them to a variety of university bureaucrats, according to Batista's email.

Students who want to become social justice activists are welcome to do so—and should take advantage of the university's considerable resources geared toward such a life. If professors want to instill left-wing values in their students, they can: as long as they make reasonable accommodations for students to challenge them and engage in an exchange of ideas.

Indoctrination via non-classroom training module, on the other hand, is a much more worrisome system, because it's harder for students to challenge administrators than it is for them to challenge their professors. A student has no method of dissenting during an online training session on the necessity of complying with the university's diversity dictates. Indeed, students might reasonably fear that agreeing with the ideology of the trainers is a precondition of coming to campus.

Students are no longer merely required to grapple with leftist ideas in the classroom—they increasingly must live, sweat, and breathe "oppression studies." It is no wonder that so many of them have developed a healthy disrespect for the principles of the First Amendment. They are being trained—not taught, but trained—to think everything that offends them is a bias incident.