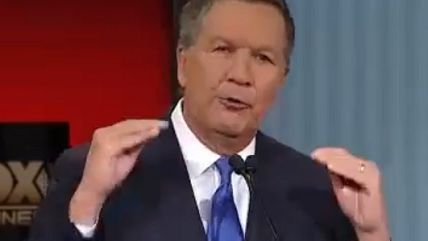 Ohio Gov. John Kasich is expected to announce he is dropping out of the Republican presidential race this afternoon, after abruptly cancelling events planned for today in the DC area.

As recently as last night, Kasich vowed to remain in the race as long as no candidate had the sufficient number of delegates (1,237) to win on a first ballot. Donald Trump, who won yesterday's primary contest in Indiana with more than 50 percent of the vote, is estimated to have 1,047. Texas Sen. Ted Cruz, who has an estimated 565 delegates, dropped out after his poor showing in Indiana yesterday despite Kasich agreeing not to compete in the state.

Kasich was mathematically eliminated from winning enough delegates to secure a first-ballot nomination long ago, and Cruz joined him in recent weeks. Florida Sen. Marco Rubio, who dropped out in March, won more delegates (173) than Kasich (154) throughout the primary process. Kasich peaked in New Hampshire with an unexpected second place finish (behind Trump) but since then only managed to win Ohio, his home state.

Kasich was one of the few candidates to consistently beat Hillary Clinton in head-to-head polls, but Republican primary voters appear to believe they've found a winner in Trump. There are 445 more delegates at stake in nine more states. The final primaries are on June 7, with California the largest prize that day.