Sixteen people have been disciplined, but will not face charges. 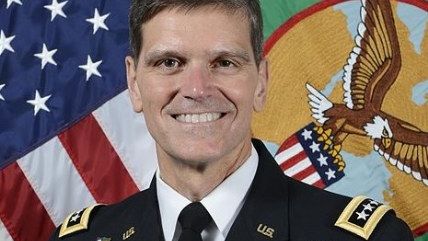 When an American gunship launched a strike on a hospital run by Doctors Without Borders in Afghanistan last year, 42 people (some of whom were medical personnel) died. Today, military officials are confirming information that leaked in March: Even though U.S. forces "failed to comply" with the proper rules of engagement and the attack on the hospital should never have happened, nobody is going to face any sort of war crime charges.

Instead, 16 American military personnel face, according to Reuters, "administrative actions" that included "suspension and removal from command, letters of reprimand, formal counseling and extensive retraining."

The official explanation from Gen. Joseph Votel is that the bombing was a tragedy of errors, "process and equipment failures," and poor communication that resulted in those responsible for the attack believing they were hitting a Taliban-controlled facility, not a hospital.

Needless to say, human rights groups and Doctors Without Borders are not especially thrilled with the idea that poor communication could be used to avoid criminal accountability for the killings. From The New York Times:

"The most notable point in today's briefing was that the report found that U.S. personnel violated the laws of armed conflict," said John Sifton, the Asia policy director of Human Rights Watch. "And yet we are also told that the U.S. military has failed to charge even one person criminally. This is, simply put, inexplicable."

But, then, America has been killing innocent civilians in foreign countries with drones for some time now, and there's no sign of accountability there, either.