Nanny tendencies overcome promise not to raise taxes on the less wealthy. 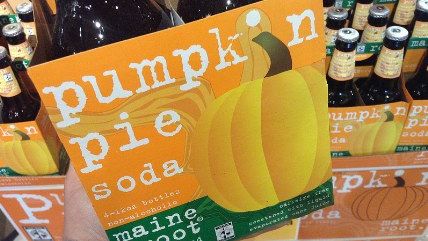 Democratic Philadelphia Mayor Jim Kenney is proposing a soda tax, a regressive three-cents-per-ounce fee on sugary drinks. Given its flat nature, such a tax would obviously impact the poor more that the middle class and certainly the rich. In the nanny state world of progressive health management, this is actually part of the intent of these taxes. It is a not-very-subtle nudge to try to steer the poor away from consumer goods that the municipal government management class has decided is bad for their health. See also: cigarette taxes.

Kenney wants to use the money the city gets from the tax to help fund preschool programs for Philadelphia. A government program for the children? Sign Hillary Clinton up immediately! She declared her support for the soda tax this week as a way to achieve this end.

Bernie Sanders, for at least once in his life, knows a tax for what it is and that this soda tax is going to obviously be passed down to consumers (why he doesn't realize his protectionist trade policies will result in the same harmful outcome is another question). Yesterday Sanders blasted Clinton for supporting a tax on the poor. Via the Philadelphia Inquirer:

"Frankly, I am very surprised that Secretary Clinton would support this regressive tax after pledging not to raise taxes on anyone making less than $250,000. This proposal clearly violates her pledge. A tax on soda and juice drinks would disproportionately increase taxes on low-income families in Philadelphia."

Kenney's response to Sanders' critique of soda taxes has been very much in the "I am shocked—shocked!—to find gambling in this establishment" vein. This wasn't a tax on poor people, nosireebob! It was a tax on rich corporations. They were supposed to just give us more money and accept lower profit margins!

"I'm disappointed Sen. Sanders would ignore the interests of thousands of low-income —predominately minority children—and side with greedy beverage corporations who have spent millions in advertising for decades to target low income minority communities," Kenney said. …

"It is immoral and completely hypocritical for these vested corporate interests to pass this tax on to the very people they have profited from for decades," Kenney said in a statement.

Does anybody actually buy this nonsense? Again, I bring up cigarette taxes, and sin taxes in general. They are deliberately put into place to try to push citizens away from spending their limited income on things that government functionaries have deemed harmful. The point of soda taxes is for manufacturers to pass along the costs to consumers and consumers to drink less of the sugary drinks and thereby have fewer health problems. Nanny-minded researchers are even studying the effects to see if they actually reduce consumption and improve public health.

I'm not sure what's worse about this sorry response from Kenney: His incredibly phony disbelief that this tax would largely be paid for by poor and middle class citizens, or the way he completely erased the agency of poor citizens and treated them as though their consumption choices are due to mindless responses to corporate advertising.