Sen. Sanders, however, seems to think that voters will be horrified to learn of Alice Walton's support for Clinton. 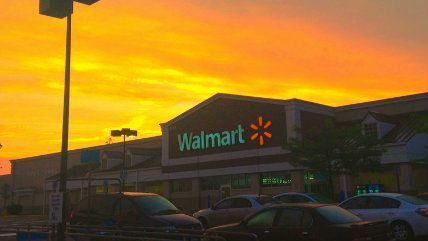 Senator Bernie Sanders is emailing supporters highlighting the fact that his opponent in the Democratic presidential primary, Hillary Clinton, is being supported by "enormous checks from people like Alice Walton (yes, Wal-Mart)." And it is true. Federal campaign finance records show that Walton, of Bentonville, Arkansas, gave Hillary Clinton's campaign $2,700, and then wrote another check, for $353,400, to the "Hillary Victory Fund."

The support for Clinton's campaign represents something of a political shift for Walton. Previously, her large donations had mainly gone to Republicans. The Federal Election Commission records show she donated a total of $200,000 in 2011 and 2012 to a committee backing Mitt Romney, a Republican presidential candidate, and a total of $2 million in 2004 to a group supporting President George W. Bush's reelection. Additional contributions of more than $150,000 in the past dozen years have gone to groups supporting Republican candidates for the House and Senate.

Sen. Sanders seems to think that voters who view Walmart as the embodiment of evil will be horrified to learn of Walton's support for Clinton. Maybe some voters will indeed recoil at the news. But as an optimist and as a supporter of free markets, I view it as a hopeful sign that Clinton is returning to her senses about Walmart.

"Returning" is the key word, because there is a substantial history here. As the New York Sun reported in a 2006 editorial, when Clinton's husband was an Arkansas politician and she was the real breadwinner in the family, she served, between 1986 and 1992, as a member of Walmart's corporate board of directors. By 2006, when Clinton was serving as a United States senator from New York, she returned a $5,000 contribution from the Walmart political action committee, explaining via an aide that she had "serious differences" with the company's practices.

Now, a decade later, with Clinton running for president, Walmart's money—or at least Alice Walton's—is acceptable anew to Clinton and to her ostensibly independent victory fund.

Whatever the reason for Clinton's reversal—or for Walton's—it would certainly be good for the country if presidential candidate Clinton were to learn some things from Walmart. The company and the Walton family have ideas on topics like wages, health care, education, banking, the Second Amendment, and even the environment.

On health care, the $4 generic drugs available at Walmart's pharmacy are a fine example of how free-market, private-sector capitalist competition, rather than top-down government-imposed price controls, can make medicine affordable for patients.

On education, the Walton Family Foundation says it has supported a quarter of the 6,700 charter schools in the U.S. and it is investing in what it describes as "the high-quality choice movement." That's a counterweight to the Clinton campaign's backers in the teacher unions. Those unions too often see charter schools as threats that siphons money away from schools that employ unionized teachers.

On the Second Amendment, anti-gun activists have publicly called on Walmart to stop selling guns and ammunition in its stores. The store has voluntarily stopped selling some models of rifles, but it continues to sell handguns and other weapons, evidence that businesses are best left to their own judgments on these matters to respond to customer sentiments and demand without congressional interference.

On banking, the extensive financial services that Walmart offers its customers—not only check cashing, but also bill-paying, tax preparation, and a "bluebird" financial account that claims to offer the "benefits of banking without all the fees"—demonstrates how non-bank firms are filling a market gap. Rather than forcing banks with regulations to provide these services or subsidizing the banks with bailouts, why not let the free market work?

On wages, Walmart has been raising pay even without a congressionally mandated increase in the federal minimum wage. And on environmental issues, Walmart has been taking a range of steps—using closed freezers instead of open ones, and putting skylights in stores, using sunshine to save on lighting bills—because they make financial sense, not because they were forced to do so by government rules.

So yes, Sen. Sanders is trying to scare his supporters with emails linking Clinton to Walmart. To the non-socialists among us, such a connection is not so much scary as it is at least somewhat reassuring.