Law would forbid participation in federal 'sharing' program for most situations. 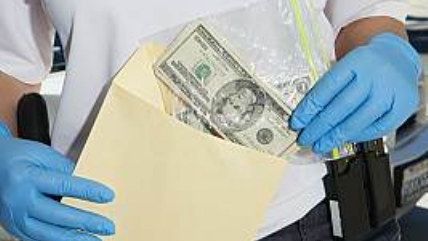 Nebraska may join a handful of other states in requiring that the government actually convict citizens of crimes in order to permanently seize and keep their assets or cash.

Nebraska's legislature this week passed LB 1106 with a 38-8 vote and sent it to Republican Gov. Pete Ricketts. This appears to be a particularly good reform. It would eliminate the "civil" component of asset forfeiture (at points the bill literally crosses out the word "civil" in current references to "civil asset forfeiture" in code). Asset forfeiture would continue to exist as an option only when a person has been convicted of a crime. Prosecutors would then have to prove that the property to be seized was connected to the crime in order for the state to keep it. The threshold for this proof is lower than that needed to convict somebody of a crime, but since a person would have to be convicted first, it's still a huge improvement.

The law also addresses the state's participation in the Department of Justice's "equitable sharing" program. This the mechanism by which local law enforcement agencies partner with the Department of Justice for busts and then use the federal rules for forfeiture. The federal guidelines are often much laxer than state guidelines and allow law enforcement agencies to keep up to 80 percent of what they seize. Many departments have turned to the federal program in order to deliberately bypass state restrictions that may reduce the amount of money they may keep. And according to the Institute for Justice, Nebraska already does have tougher restrictions for asset forfeiture than the Department of Justice. That might be why state law enforcement agencies have brought in more than $48 million in seizures from the federal program between 2000 and 2013.

LB 1006 will end a good chunk of that, but not all of it. The law will forbid state and local law enforcement agencies from participating in the federal program unless the assets involved are worth more than $25,000 (most are much less than this), unless a federal agent is physically there taking the property,  or unless the suspect (or the suspect's property) is subject to federal prosecution.

Now it's up to the governor to decide whether to veto. Apparently the current version has been changed from what the state's attorney general's office and law enforcement representatives have recommended to make it tougher than they would like. Ricketts may want to take note of several recent polls that show that the American public overwhelmingly believes that police should not be able to seize people's property without convicting anybody of a crime.