Brickbat: The Hidden Dangers of Sunbathing 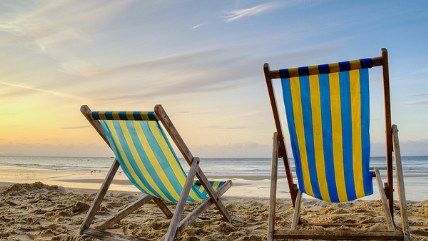 Lindsey Gordon suffered a shattered pelvis and internal bleeding after Grand Isle, Louisiana, Assistant Police Chief Norris Esponge drove over her while she was sunbathing on the beach. Esponge, who was patrolling the beach in a Ford F-150, narrowly missed running over another woman who was sunbathing with Gordon.