"There is a chilling effect on scientists who are in extreme doubt about climate change, I think that is good." 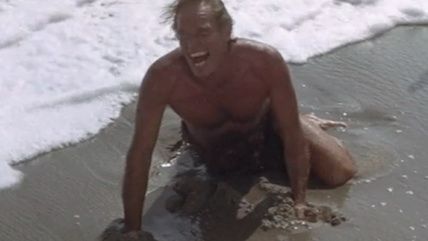 Bill Nye, called "The Science Guy" after the kids' show he hosted for PBS back in the 1990s, is up for jailing people who question climate change.

In a discussion of the case being brought by various state attorneys general against ExxonMobil—an action that has led to subpoenas of free-market think tanks such as the Competitive Enterprise Institute (CEI)—Nye had this to say:

As a taxpayer and voter, the introduction of this extreme doubt about climate change is affecting my quality of life as a public citizen… So I can see where people are very concerned about this, and they're pursuing criminal investigations as well as engaging in discussions like this….That there is a chilling effect on scientists who are in extreme doubt about climate change, I think that is good.

More from The Washington Times here.

You don't need to be a flat-earther to think this sort of attitude is necessarily all to the good. Science works best when consensuses are reached via evidence and broad agreement, not political and legal threats.

Reason's science correspondent, Ronald Bailey, notes that CEI subpoeana—which seeks 10 years' worth of internal correspondence and private donor information—proceeded directly from a conference hosted by Al Gore and featuring many state-level attorneys general. Their main target is ExxonMobil, which they claim has lied about environmental science. But as Bailey, who doesn't actually agree with CEI on many climate-change issues and policies, notes, "to outlaw disagreements over how to interpret science heads down the perilous path toward Lysenkoism, in which only officially approved science is allowed to be practiced and discussed."

And as Glenn Reynolds, the University of Tennessee Law professor who runs the popular Instapundit site, wrote in USA Today, the subpoena of CEI is meant to punish the nonprofit for having taken money from ExxonMobil and will almost certainly chill its ability to raise money from donors. All because it doesn't subscribe to what politicians say is the proper way to think about and act on climate change.

Prescribing such orthodoxy seems to be just what they have in mind. Their approach is — and I use this term quite deliberately — thoroughly un-American. In pursuing this action, they are betraying their oaths of office, abusing their powers and behaving unethically as attorneys…. free speech advocates are already talking about a Virgin Islands tourism boycott. And voters everywhere need to ask themselves: If these government officials have such contempt for others' constitutional rights, who might they target next for "unacceptable" speech?